Analytics. What will 2017 bring for Europe’s politics and economy 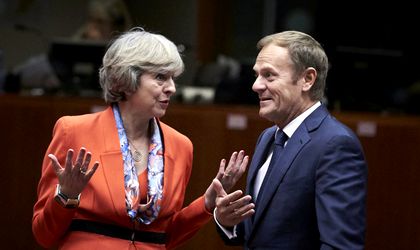 With the EU in crisis-fighting mode, the big question for the European economy in 2017 seems to be how much will populist politics put pressure on an already tepid economic outlook.

Investors are heading into 2017 with their eyes wide open as a string of elections this year are feared to act as flashpoints that could ignite brewing political discontent across the continent. Europe’s political landscape is changing, and not for the better. The continent is struggling with the rise of populism, while at the same time the idea of European integration is losing its popular appeal, recent events suggest.

All this has investors worried. “European equities could have a strong year if the anti-euro populist candidates that have gained traction over 2016 fail to win elections, as polling suggests. But if populist candidates triumph in coming votes, the prospect of a Eurozone breakup could return to markets,” wrote the Wall Street Journal.

The Eurozone could hold half a dozen elections in total in 2017, according to PwC. The most important are those in Germany, France and the Netherlands, but there is also a chance for Italy and Greece to join their ranks. All in all this means that countries that account for about 70 percent of the Eurozone’s GDP could experience disruption to their normal political cycle in 2017, warn PwC representatives. There is also the matter of Brexit shaping up as well as several developments outside the continent which could have spillover effects on European countries, such as US-Russian and US-Chinese relations under the Trump administration.

A bumpy ride ahead

France is getting ready for presidential elections this spring while Germany will hold federal elections come fall. The first to deal with will be the Dutch general elections in March. Leading in polls at the end of December was controversial Dutch politician Geert Wilders who has vowed that should his far-right Party for Freedom (PVV) win, he will take the country out of the EU. Wilders, who was found guilty in December of inciting discrimination at a rally where he called for “fewer Moroccans”, has used the event to portray himself as a defender of free speech and a victim of political correctness.

Moving south to France, the country’s “saving grace” – as Time magazine puts it – is its two-round presidential system, which, if the polls are reliable, should mean that the Front National’s Marine Le Pen, a candidate with an outspoken anti-immigrant and anti-EU stance, is defeated in the second round. December polls show her losing ground after Francois Fillon emerged as the Republican candidate against the more moderate Alain Juppe. However, “anyone who thinks that Fillon’s success clears the ground for a resounding defeat of far-right ideas in France’s 2017 presidential race should think again,” warns Natalie Nougayrede of The Guardian. Fillon’s discourse focuses on “economic sacrifice, major changes in the French workplace and a crackdown on immigration and Islam” according to the New York Times. Described as a “Thatcherite”, the Republican Party’s candidate is widely expected to be one of the two finalists in the general election in the spring.

Back in Germany, Angela Merkel is hotly tipped to secure a fourth term as chancellor following federal elections in autumn; however, the road will be bumpy. To put it in the chancellor’s own words, “this election will be difficult, like no other election since reunification”. Merkel has seen her popularity dented over the past year. Her open-door policy to refugees has come under constant fire, most recently this December following the Berlin terrorist attack. Popular discontent with how the authorities handled the arrival of around a million refugees and immigrants in 2015 has bolstered the popularity of right-wing, anti-immigrant and Eurosceptic party Alternative for Germany, which did surprisingly well in Germany’s state and local elections last year.

With such populism on the rise throughout the continent and eurosceptics more emboldened than ever, her reelection would be a welcome sign of stability. Given that in her 11 years on the job, Merkel has put her personal stamp on European politics and economics, and she is widely regarded as the EU’s de facto leader, her reelection would also ensure a much needed voice advocating for a unified EU.

Not only does the EU have to deal with the uncertainty brought about by elections in some of its main economies in 2017, but there are also the concerns inherited from the previous year in the form of the prospect of Brexit and a Donald Trump presidency.

The biggest unknown by far this year is whether Trump will remain true to his campaign promise to “get tough” on US trading partners and how that might impact the global and European economies. Analysts’ views on whether this was only campaign rhetoric or it will actually happen are divided. However, the nomination of economist Peter Navarro – the author of books such as Death By China, The Coming China Wars, and Crouching Tiger: What China’s Militarism Means for the Rest of the World – to lead the newly-created National Trade Council may hint at troubles ahead.

Economists are also split on what the impact of a more aggressive anti-China trade policy might be and which of the two countries stands to lose more in the process. “What happens if the protectionist-in-chief goes ahead and does it, as I suspect he will? Claims that there would be huge net job losses are extremely dubious. But what would happen would be a global trade war, which would disrupt the existing economic structure, which is built on elaborate international supply chains. In the long run, a new structure with shorter chains would be built. But in the meantime, some industries, some factories, would end up becoming sudden losers — in the US as well as in developing countries,” predicts Paul Krugman in his New York Times column.

However, a protectionist turn that reversed the trade growth so far would generate the same kind of “disruptive shifts in production that fed blue-collar anger going into this election,” adds the Nobel Prize-winning economist. “It’s like the old joke about the motorist who runs over a pedestrian, then tries to undo the damage by backing up — and runs over the victim a second time. That is, I’d argue, the way to think about the coming Trump shock,” he goes on.

Should Trump decide on a full blown trade war with China, he might just be able to rebalance the US trade balance before the World Trade Organization rules against him, speculates another Nobel Prize-winning economist, Joseph Stiglitz, in The Guardian. China is more dependent on exports to the US than the US is on exports to China, which gives the US an advantage, but a trade war is not a zero-sum game, warns Stiglitz. China may be in a better position to retaliate by causing the US acute political pain, he argues. “It’s anybody’s guess who can stand the pain better. Will it be the US, where ordinary citizens

have already suffered for so long, or China, which, despite troubled times, has managed to generate growth in excess of 6 percent?” asks Stiglitz. But as the world’s largest economy leads the way into uncharted political waters in 2017 and beyond, attempting forecasts is a difficult task, besides his obvious conclusion that “the waters will almost certainly be choppy.”

Beyond Trump’s relations with trade partners such as China and Mexico, the newly installed president could also have a hand in the European economy. According to Fortune magazine, Trump “may even play a role in the Eurozone drama, as he has indicated his willingness to quickly negotiate a trade deal with Britain, making the option of leaving the EU a more enticing ones for states that continue to be members”.

Back in Europe, Brexit is the great unknown European leaders will have to deal with in 2017. After a narrow majority of British voters voted to leave the EU in a referendum last June, British Prime Minister Theresa May has set March 31 as the deadline to formally serve notice to the EU of the UK’s decision to quit the bloc. The two sides are then supposed to have two years to negotiate a settlement on how to manage the breakup. However, the lack of a clear blueprint for the process could make the negotiations drag on, even stretching into the next decade, according to Bloomberg. That would obviously spell more uncertainty in the years to come which will put additional pressure on the markets.

In January, May finally brought some clarity by announcing a 12 point plan, outlining the country’s Brexit negotiating strategy. This confirmed that Britain will leave the single market in order to regain full control of immigration. Her speech and hints at turning the UK into a tax haven, should the EU drive a hard bargain, prompted key figures in Brussels to say that the country was on track for a “hard Brexit”. All in all, negotiations are expected to be tough, with Brexit Secretary David Davis having previously described the talks as the most “complicated negotiation of all time.”

So far, the Brexit vote has produced little of the doom and gloom predicted by the “remain” campaign before the vote in June. The British economy grew by 0.6 percent in the three months after the vote, the same as the previous quarter, but stronger than analysts’ estimates of about 0.3 percent, according to the BBC. But experts point out that this is because the country is still an EU member, and the rupture from EU structures has yet to take effect. And worries are growing over prospects for 2017. “Growth will slow markedly in 2017, household incomes will be squeezed by higher inflation and businesses will hold back on investment decisions because of uncertainty about Brexit,” said the majority of economists in an annual Financial Times survey.

1.6%-The Commission’s growth forecast for the EU economy in 2017

Globalization slows – PwC tips global output growth to outstrip world trade expansion for the third straight year in 2017 as “the resurgence of economic nationalism in some parts of the world means WTO rules will be put to the test” and “the world’s biggest bilateral trade route (US-China) is likely to come under pressure”.

Core Eurozone employment to peak, but periphery grows stronger – PwC expect the EU’s ‘peripheral’ economies to grow faster than the ‘core’ for the fourth straight year. Core employment is expected to peak at around 97 million, but the periphery will create around 100,000 more jobs than the core.

German exports stall – German exports are expected to drop in 2017 as neither China nor Russia will be upping demand due to their own economic woes, according to Business Insider. Europe’s powerhouse has managed this so far by increasing exports to the UK and the US, but this is not sustainable.

Inflation makes a comeback globally – Trump’s fiscal stimulus and tax cut plans may boost the US economy and “succeed in postponing the timing of the next cyclical downturn in the US and world economy, but this could come at a cost of a more severe downturn later on. One major risk of fiscal stimulus so late into an economic cycle is inflation,” according to Citi Private Bank.

A possible Chinese slowdown – China’s government is aiming for growth rates of 6.5 percent over the next five years, yet this would not stabilize the Chinese economy unless achieved a sustainable manner, according to Fortune magazine. 2017 will also mark the end of President Xi Jinping’s term.