Analysis: What is Romania’s Plan to move to a Circular Economy look like, until 2030 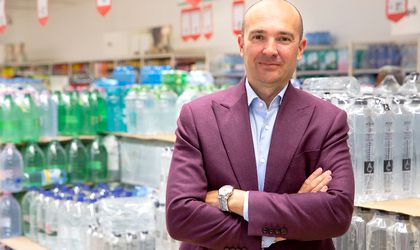 Romania’s Circular Economy performance is among the weakest in the European Union, according to public data analyzed by Clean Recycle specialists*, and by 2030, the private and public environment could gradually move from the Linear Economy to the model of sustainable development, according to the National Strategy regarding the Circular Economy. Among the plans prepared by the authorities are also support schemes through which government and European funds can be accessed.

Thus, companies from 14 activity sectors will be able to follow, in the next 8 years, major transformation plans, and most of them are part of sectors such as FMCG, retail, waste, construction or agriculture.

The Circular Economy means responsible consumption and production, and the National Strategy proposes, among other things, increasing the productivity of resources, reducing the generation of waste quantities, and increasing the degree of recycling, according to the Clean Recycle analysis.

Efficient waste management and recycling, main components in the transition to the Circular Economy

The implementation of this strategy will be done simultaneously with the implementation of the National Waste Management Plan, also until 2030, with a value of EUR 2.3 billion. The main objectives of this plan are the recycling process of 55% of municipal waste by 2025 and 60% by 2030, the recycling of 65% of packaging waste by 2025 (paper and cardboard 75%; plastic 50%; glass 70% ; ferrous metals 70%; aluminum 50%), the separate collection of hazardous waste, the establishment of mandatory extended producer responsibility systems for all packaging until 2024.

Entrepreneurs and consumers who do not comply with the rules contained in the National Strategy for the Circular Economy could pay higher fees and taxes in the coming years.

“In the Eastern part of Europe, there are already countries such as the Czech Republic or Poland that have adopted such strategies for the transition to the Circular Economy. It must be a common, sustained effort, on the part of the waste generators, but also on the part of the final consumers. Through selective collection and recycling, we can contribute to a more stable and durable economy”, declares Cosmin Monda, founder and CEO of Clean Recycle.

Romania, on one of the last places in the EU in terms of recycling

Romania ranks among the last places among the countries in the European Union regarding the recycling of municipal waste. The European average in 2020 was 48%, while in our country the percentage was 14%**.

The Circular Economy represents an important objective at the level of the European Union and could generate, on average, a 0.5% higher GDP by 2030 and could create around 700 thousand new jobs in the member states, in the factories of recycling or in repair units***.

Clean Recycle is one of the top 5 players in the local OIREP market. Clean Recycle manages a portfolio of over 700 companies that produce and put on the market packaging waste, active throughout Romania, from fields such as FMCG and retail, agribusiness, automotive, distribution, industrial production, pharmaceuticals, etc.