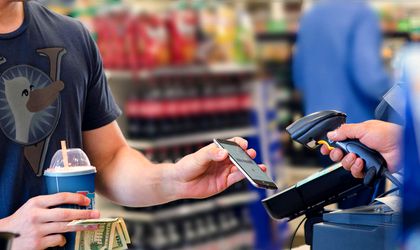 With the liberalization of electricity prices for Romanian households set to be completed this year, utilities are investing in new technology as users can switch more easily to new suppliers. Although gas prices for individual consumers will be fully liberalized by 2021, companies are already developing new solutions to allow households to keep their consumption under control in real time.

The main utility firms in Romania are starting to install tens of thousands of smart meters in households across the country, paving the way for differentiated pricing mechanisms and the easier transition of consumers from one supplier to another.

“We are focusing on integrated services; we offer our clients a wide array of products that they can get from a single supplier alongside the digitalization of processes and the reduction of time spent paying bills,” Cornelia Szabo, CEO of CEZ Vanzare, told BR. The company supplies both electricity and gas in Romania.

Szabo added that the firm’s strategy is to continue to provide personalized packages of services for consumers.

Elsewhere, Electrica Furnizare has kicked off a digitalization process, firstly by expanding its payment infrastructure through partnerships with retailers and by boosting online operations. The company has also launched a mobile app through which households can track their consumption in real time and make payments faster.

“For the period 2017-2018, the digitalization process will include the redesign of the Virtual Office, so that it corresponds to the new visual identity launched with MyElectrica (the mobile app – e.n.), as well as the implementation of web services based on open standards, which will allow the exchange of information with other automatic systems, in real time,” Electrica Furnizare representatives told BR. The company will also provide energy audit services and enter on the market for the maintenance of electricity installations within homes.

In fact, almost all the utility firms have recently been launching auxiliary services, this being a new market in which companies can differentiate themselves. Consumers can seek the assistance of utilities if they need a handyman or to check the health of electricity or heating equipment in their home.

In the meantime, Electrica Furnizare says that it is planning to enter the gas supply market. This is a medium-term project and the company suggested that in this way it can further enhance the portfolio of services it provides to clients.

This spring, Italian Enel, one of the key players in the electricity sector, also announced that it would provide gas supply services in Romania.

“Regarding our interaction with our customers, there is a new world that we can still explore. We have basically been doing a lot in terms of applications for the benefit of our customers, through which we can track your bills and consumption, on an online basis, with your smartphone, and even give instructions to your heating and air conditioning through smart thermostats and smart cooling,” Eric Stab, chairman & CEO of Engie Romania, part of the French utility group, said during the Country Focus Community Forum, organized by BR mid-June. Stab was outlining the steps pursued by the company on the digitalization front.

Although the gas and electricity markets have been fully deregulated for companies, which also generate most of the consumption, for households the government has intervened to delay this process. What we know for sure is that electricity prices for individuals will be fully liberalized, while for gas, the process should be finished in four years.

“Progress on gas price liberalization for households stalled in mid-2014 and the deadline for completing the deregulation was extended from 2018 to 2021. The authorities considered the original timetable for price liberalization too aggressive and demanding for households with fragile incomes, even though measures to protect vulnerable consumers were taken,” said experts from the International Monetary Fund (IMF) in a report published this May, following a review mission in the country.

Electrica Furnizare claims that the deregulation of the energy markets allows users to switch their suppliers, with the ultimate goal of lowering bills and selecting packages of offers that meet their consumption needs better.

However, Szabo of CEZ Vanzare says there are some pitfalls.

“A trap in this change of supplier is the way energy prices on the free market are communicated, as the supplier often does not provide all the components that will be included in the bill. In addition, other contractual provisions regarding cancelation or potential price changes are significant for the client and need to be taken into account when the contract is negotiated (…) In the first stage, the low price of electricity charged by some suppliers played an important role in selecting an offer, but considering the evolution of prices so far, it is not the only selection criterion, with the stability of the supplier and prices gaining a bigger share,” she added.

And there are other provisions that should be taken into account by households that want to switch to another electricity supplier.

For instance, consumers that opt to change their electricity supplier can’t return to the regulated tariffs imposed by the Romanian energy regulator ANRE, according to Electrica Furnizare. In addition, although households can switch to another supplier, the electricity distributor will not be changed.

“The supplier can’t influence the number and duration of power outages or the quality of electricity, and can’t change the reconnection times through the contract. Against this backdrop, the analysis of all commercial and contractual conditions is essential for each supplier, aside from the price criterion, contractual provisions and the capacity of the supplier to meet all its obligations during its validity period, which are elements of utmost importance in the decision to select an electricity supplier,” said Electrica Furnizare officials.

Meanwhile, companies are investing heavily in developing smart metering systems in Romania. Enel has announced that it will have 300,000 smart meters installed for its clients, out of which 150,000 will be rolled out this year. This process is set to continue in the coming years as the company has 2.8 million clients across the Romanian regions in which it operates.