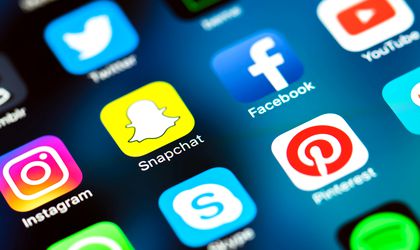 Smartphones and tablets are outselling computers by over three to one, and many consumers access the web on a smartphone, instead of a computer. As a result, mobile experience is key for businesses.

An app can push information to users, adjust to slow data speeds and create a cleaner, more inspiring visual experience. Worldwide, around 90 percent of app installs are generated by just 10 percent of apps, meaning that the odds of an individual discovering one specific app are slim. For example, in the iTunes store, app rankings are based on install speed; therefore, to rank high, an app must generate a lot of installs in a short amount of time and may not guarantee long-term success.

According to Andreea Daniel, owner of Good Vibes, the most used mobile applications in Romania created by local agencies or companies are those with a high usefulness factor in day-to-day tasks, such as taxis, banking and shopping. “Moreover, 85 percent of Romanians access shopping websites via their mobile phone. I don’t think it’s a trend; it’s just something that characterizes Romanians, in general. They need and want the clear usefulness factor,” said Daniel.

What makes an app great?

To achieve success, the app creator must: create a great product, make it viral (both draw users  to download it and inspire them to share it) and ensure compatibility for both iPhone and Android platforms. Moreover, a marketing and PR budget to help promote it to influencers and specialists is necessary. And finally, make it free. An app can be monetized with in-app purchases, but to exponentially increase the odds of trial, the magic word free should do the trick.

“Successful apps are much more likely to have mobile app measurement and attribution platforms in place before they launch. They recognize the need to understand consumer behavior, both to see what is working in their apps as well as to identify and improve what isn’t,” noted the specialists at Apsalar.

According to Nielsen research, the average smartphone has about 100 apps, but only 10-15 are regularly used. A big part of delivering on this app “must” is ensuring outstanding app user intelligence and user experience. Another way of making an app successful is to have it solve a problem and make  the user’s life easier. At a time when ease and convenience rank supreme, an app that simplifies one’s life and helps in everyday tasks is a great way to penetrate the market.

As seen in the latest advertising competitions, creative apps and campaigns that focus on usefulness, with a touch of entertainment on the right scale, are winning not only consumers’ hearts, but also jury members’. Mobile apps such as First Aid for Crucea Rosie, created by the agency Lowe, and #seatbeltb00bing, created by Publicis for the Romanian Automobile Club (where women are encouraged to upload selfies in which they wear the seatbelt), have received high praise.

More recently, mobile apps such as diction app Dictie.ro and WhisperMe are making waves. By the end of March, WhisperMe had been downloaded over 5,000 times, especially by people from the USA, Romania and Brazil.

Still, some questions arise: is it easier to convince companies to invest in mobile apps in Romania? Do they consider them important enough for the brands they are representing?

“Clients  are more open to the idea of creating and using mobile apps in their strategies and plans. I’m receiving briefs that request the mobile component and, especially, the mobile app one,” notes Daniel.