Analysis. These are the trends of Romania’s telecom market according to ANCOM 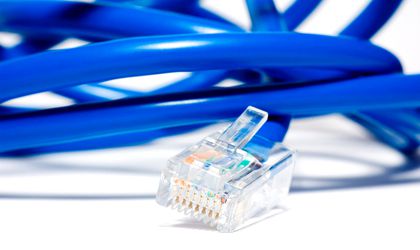 The Romanian telecom watchdog ANCOM last month adopted the ANCOM 2020 Strategy for Digital Communications, which comprises a review of the current state of the local telecom sector as well as the trends based on which the institution has outlined its action plan for managing and regulating the telecom market over the next five years.

According to the ANCOM strategy, between 2016 and 2020, the telecom watchdog will focus on maximizing benefits for telecom users in Romania, especially through promoting competition between various telecom networks and service tariffs.

“Over the next five years, we will promote more than ever technological innovation and performance at the level of the communication infrastructure in Romania. More efficient networks, with superior technical performance, tend to incorporate innovation faster, can compete better and allow [players] to provide more competitive services over more extended geographical areas,” said Catalin Marinescu, president of ANCOM.

According to the report, the neutrality of the networks and open internet represent paramount conditions for nurturing innovation and are the best tools for supporting innovating services, including in the online environment. This involves a change in paradigm, especially where the quality of services is concerned. To guarantee the neutrality of the networks and apply the principles of the regulations regarding open internet, ANCOM’s efforts will see significant development in network performance, the quality parameters of services, evaluation indicators and the methods and frequency of measurements. At the same time, user protection will be one of the goals on the agenda, and will be achieved by transposing the new stipulations into service contracts.

The ANCOM strategy outlines several action areas, including some measures with a direct impact on telecom users in Romania. The authority plans to build up interactive maps that show how the Romanian territory is covered with communication networks, so that telecom users are better informed. ANCOM’s interactive maps will allow players to post relevant details for users, such as data transfer speeds, available technologies, as well as the quality of coverage (basic, good or very good), according to officials.

ANCOM is also considering the introduction of a trial period in mobile services contracts (which will exclude equipment provision), in order to make it easier for users to change their provider and stimulate demand for services.

The telecom watchdog will analyze whether the introduction of broadband access services into the universal service can support the targets of the Digital Agenda for Romania, in a way that will trigger the expansion of fixed broadband networks into impoverished areas, and also maximize population coverage by 2020.

According to the strategy published by ANCOM, convergent fixed-mobile communication packages will become mass products by 2020. Romanian users will have at their disposal more and more services and applications to choose from, anytime and anywhere, whether they are at home, at work, on holiday, staying in one place or moving around, and on any equipment, whether it is a desktop computer, laptop, tablet or phone. At the same time, Wi-Fi will be used regularly for connecting online multiple handsets across most households in Romania.

As services are moving online, the borders between traditional electronic communications and online services (applications) will become more blurry. Users will be more and more engaged in simultaneous communication through a wide range of equipment and applications, so that services such as video-telephony on TV or tablet will replace traditional voice calls between family members and friends, and tele-conferences on the laptop will replace much business travel.

The ANCOM strategic review was adopted following a public consultation carried out in May and June. It follows the adoption of important national and European strategies and policies. The ANCOM strategy comes after the EU regulation on open internet and eliminating roaming in Europe came into force, adopted in parallel with debates regarding the overhaul of the European communication regulation framework, and transposing in Romania the measures to reduce broadband internet costs.

A series of legal measures were adopted to regulate access to infrastructure in Romania. According to ANCOM, Law nr. 154/2012 has introduced more transparency and objectivity in the field, outlining the conditions in which network providers have access to public or private property for the installation, maintenance, replacement and moving of the networks or related infrastructure elements, by stimulating shared use of networks, as well as introducing measures for authorizing constructions and making an inventory map of networks.

The recent adoption of Law 159/2016 is expected to significantly improve the conditions for expanding broadband networks, through a series of well-planned specific measures, such as increasing the attractiveness of the use of existing fixed infrastructure, reducing red tape in issuing authorizations, the transparency of plans and the coordination of civil construction works, according to the report.

On the short term, ANCOM concluded that demand for spectrum for mobile-fixed communications can be considered fulfilled, after the public tenders in 2012 and 2015. However, on the medium term, the watchdog intends to allocate new UHF spectrum resources for mobile communications in the 700 MHz bandwidth.

Also, the authority may allocate other frequencies for mobile communications, like for instance 1.5 GHz (ranging from 1,452–1,492 MHz). In conclusion, on the medium term, there is interest in allocating spectrum in the 700 MHz and 1,500 MHz, with integrated use in the EU.

Although it has the highest performing fixed networks in Europe, Romania continues to register the lowest internet use in the EU, according to ANCOM. At the end of 2015, the penetration of broadband internet had barely reached 51.8 percent of Romanian households (21.4 percent of the population), and the penetration growth rate has been constantly cooling since 2012. That is why one of ANCOM’s priorities is to stimulate competition at the level of services, not just infrastructure, so that consumption is boosted by cutting prices and improving economic indicators.

For more IT&C updates, innovations and solutions join us at Focus on Technology & Telecom, on September 28