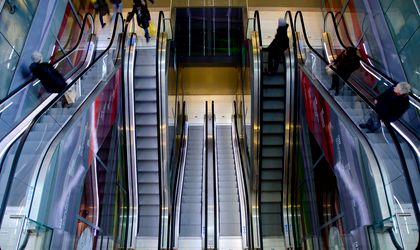 Few imagined in 1998, when they walked to the corner store, that in 20 years’ time they would be able to flit between shops in a matter of seconds, without even leaving the couch. Or that the product of their choice could one day be just a click away, delivered straight to their door. And even fewer, perhaps, can picture today the impact that Augmented Reality (AR), Virtual Reality (VR) and Artificial Intelligence (AI) will have on the retail experiences of the future.

Over the past 20 years, Romania’s retail market has experienced a quantum leap. Modern commerce took off after several large retail players entered the market, largely undeveloped and hence brimming with potential. To some, the 1995 opening of the first Mega Image store in Bucharest’s Lizeanu area marked the start of the history of modern retail, while other see Metro’s 1996 expansion to Romania as the landmark move that set in motion the transformation of the local retail scene.

In 2001, when French entrant Carrefour established a presence in Romania, Bucharest saw the opening of the first hypermarket, in the Militari neighborhood.Things moved fast, and by 2004, modern commerce represented 19 percent of the retail sector at national level. By 2008, it had already doubled to 40 percent and was valued at EUR 5.2 billion, representing half of the retail market in just four years. By 2013, modern commerce had reached 53 percent, overtaking traditional retail for the first time. Hypermarkets had the biggest share, at 28 percent, followed by supermarkets (13 percent), while corner stores had only managed to retain 2 percent of the market. Also in 2013, Carrefour became the first retailer to open an online store that sold products from its entire FMGC portfolio.

In 2014, with 1,700 retail units nationwide, the sector was valued at EUR 8.7 billion. By 2016, Romania’s retail market was dominated by four major chains, namely Kaufland Romania, Carrefour Romania, Metro and Auchan, which together had over 60 percent of the total.

At the end of 2017, modern retail in Romania represented 62.4 percent of the market and counted over 2,000 units. Its value exceeded EUR 11.1 billion, double the figure recorded in 2008, according to a Euromonitor report.

Romania’s e-commerce scene has seen similarly spectacular development, growing exponentially over the past few years, to EUR 2.8 billion in 2017, up 40 percent year-on-year, according to a survey by major Romanian retail players and GPeC. In 2018, according to a report by PayU, it is forecast to exceed EUR 3 billion.

What’s next for Romania’s retail market?

Due to its characteristics, Romania’s retail market is the playground of an original mix of trends. The significant presence of traditional units in rural areas and small towns gives modern retail significant room for growth compared to other markets. That is why the growth potential remains strong, and according to an Euler Hermes study, lies with chains that focus their expansion strategies on towns with fewer than 100,000 inhabitants. Hence, in Romania, the significant forecast growth of e-commerce is not expected to come at the expense of that of modern retail.

At the same time, online stores still see a point in maintaining offline stores and the market will see the creation of new stores that will help them meet their clients in an environment that looks to replicate the online experience in the offline world.

More online retailers are expected to integrate technology within their business model and turn to AR, VR and AI in order to create immersive, added-value experiences for their customers. In addition, in order to stave off disruption, retailers are expected to try to become the disruptor themselves or partner with tomorrow’s disruptors to create new retail ecosystems. Not least, Romania is also following the global trends that see brand authenticity and sustainability becoming increasingly important.