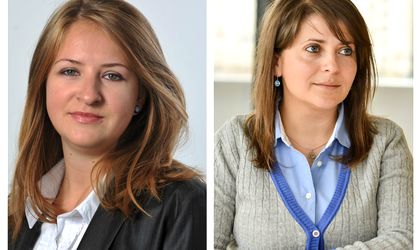 With Romania’s tax collection remaining below the European Union average of 40 percent of the GDP, Sorin Grindeanu’s center left government proposes a new taxation system for individuals, practically removing the 16 percent flat tax, operational for more than a decade.

The business environment’s reaction to this planned change has been rather cautious until now, and tax consultants warn that if this system is poorly implemented, the state might end up with a revenue gap. Under the pessimistic scenario, any projected shortfall in revenues will have to be compensated through other sources, and the increase of the tax burden for the private sector remains a risk.

How the state might end up collecting less taxes from individuals

In short, the government claims that more taxes can be collected by regulating over seven million households that would submit a yearly tax return with the help of tax consultants paid by the state. Deductions would be put in place for certain expenses related to education and healthcare, but this provision is still under debate. The new mechanism was to be initially rolled out starting next year, but the head of the Social Democratic Party (PSD), Liviu Dragnea, said mid-May that this initiative could be delayed a year if 35,000 fiscal consultants can’t be found. This means that Romanians might file their first tax return in the new system starting 2020. “It is possible that taxation at household level would increase state budget revenues, provided that the tax base will be extended so as to include income that is not currently taxable or to decrease certain tax deductions that are currently available. On the other hand, there is a big question mark whether this would actually happen, given that a reduction of the tax rate is also planned. In addition, significant costs would be incurred in relation to administration and collection of income taxes under the proposed system, including financing costs related to postponing collection of taxes by one additional year to elimination of withholding tax by the employers,” Madalina Racovitan (photo), tax partner at professional services KPMG Romania, told BR.

There are also serious questions regarding the public finances considering the fact that for one year, the income tax would not be collected from individuals. Annually, some RON 25 billion, which accounts for 3.5 percent of GDP, is generated in this way, according to Raluca Bontas, director of Global Employment Services at professional services firm Deloitte Romania.

Romania’s tax collection, including social contributions, stood at 28 percent of GDP in 2015, growing only slightly compared to previous years, according to Eurostat, the EU statistics office.

Bontas went on to say that individuals might pay less in taxes yearly because of the expansion of the deduction system. According to current provisions, personal regressive deductions are available for gross wages up to RON 3,000. There are few categories that can be deducted right now, such as private healthcare insurance services.

Bontas explained that there are also challenges related to the financial education of Romanians, considering that the new system fundamentally changes the way people pay their taxes.

“Practically, most taxpayers don’t have experience in this field, they don’t submit a tax statement, and they don’t know the deductions system. We shouldn’t be afraid to say that there are probably a lot of people that will have problems understanding the fiscal information in just a few months and the risk for erroneous filing and payment could be pretty high,” said the Deloitte Romania expert.

Another thing to take into account is the fact that individuals need to be disciplined to save for one year the amount of taxes they have to pay in the following year. Under the current system, the employer handles the payment of the income tax, alongside the mandatory contributions for healthcare and pensions.

The Association of Romanian Businesspersons (AOAR) said that the implementation of the new taxation mechanism starting 2018 is unrealistic. The organization explained that in the United States of America, the taxation of households is an optional system.

“There is no EU member that has a global income tax system and has given up the withholding tax system,” said the AOAR.

What will the household tax bring companies?

In theory, employers will get a breath of fresh air once the household tax is enforced, as they will be able to cut one of the fiscal obligations they currently have to manage, but there might be some adverse reactions in the labor market.

“I think that giving up the flat tax rate could represent a step back and will create distortions in the market, especially in areas where there is a deficit of specialized workforce. This will have a negative impact on the level of foreign and local capital investments going forward,” Corina Mindoiu, senior manager, People Advisory Services, at EY Romania, the professional services firm, told BR.

According to the government’s plans, those earning less than RON 2,000 monthly will not pay the income tax, while those earning above this threshold will pay 10 percent. Although, policymakers have claimed that they don’t plan to roll out a progressive tax system for wages in Romania, we might end up with such a mechanism.

Ultimately, if the administrative burden for companies decreases, we might see prolonged negotiations between companies and employees on the difference between the gross/net wages.

“In my opinion, employers and employees will renegotiate the contracts in favor of the increase of the gross wage because, effectively, the costs for employers will stay the same. If some employers will reject the increase of the gross wage, given the conditions of the labor market in which the offer has reached a peak similar to 2007, there will be migrations of employees towards other companies,” said Bontas of Deloitte.

On the back of controversies regarding the household tax, the minister of finance, Viorel Stefan, announced another change to the fiscal legislation that would be enforced in the second half of this year. Authorities say that employees with 2 or 4-hour contracts need to be better protected so their employers would have to pay their healthcare and pensions contributions at a level similar to those paid for the minimum wage. This measure would be rolled out starting July until the end of the year.

Stefan cited data from the Labor Inspection Inspectorate (ITM), according to which there are 360,000 part-time work contracts as the only source of income. This measure will apply only for employees who have one job, part-time.

“The fiscal burden of companies will grow as the fiscal inequity will appear between normal contracts and those with part time (on the same wage), which will be taxed in the same way, although the labor time is different,” Florin Gherghel, head of Tax Department at Noerr Finance & Tax, told BR.

Experts say that this measure will primarily hit small companies.

“Probably conceived as a measure to generate additional state budget revenues, the measure will raise some concerns as to the principle of fairness of taxation, as well as to predictability (consistency) of fiscal policy, as it is intended for a timeframe of only 6 months,” Racovitan of KPMG Romania.