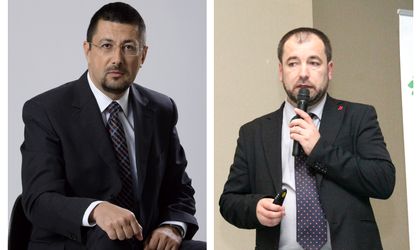 Romanian patients are finding it more and more difficult to get access to much-needed medication due to drug shortages on the market. Pharma companies and patient associations are warning that the situation is serious. The Health Ministry has not yet taken concrete action to ensure the constant supply of drugs to patients.

More than 2,000 drugs have been difficult to get hold of on the Romanian market over the past two years, according to APMGR data, most of these being drugs for treating cancer and hospital infections.

“Romanian patients’ difficult access to pharma treatments is caused by the unsustainable fiscal regime and the discriminatory price policy for the generic pharma industry, which eliminates cheap generic drugs from the market and encourages the export of expensive ones. The clawback tax which is applied in a non-differentiated manner to generic drugs, in spite of the price conditions (i.e. the price of this category of drugs must be 65 percent of the price of the corresponding innovative drug), as well as the double differentiation (i.e. by reporting to 12 EU benchmark countries and to 65 percent of the innovative drug price) have a disastrous impact on the price of generic drugs, especially those drugs at accessible prices that ensure basic treatments, notably for chronic patients. Most affected are drugs under RON 50, because their price is below production price, and producers are forced to close down entire production lines,” Laurentiu Mihai, executive director of the Association of Generic Drug Producers in Romania (APMGR), tells BR.

The APMGR representative complains, “The relevant Romanian health authorities have not yet adopted any of the concrete measures proposed by the APMGR to halt the disappearance of cheap drugs from the market and take the local pharma industry, which is exclusively made of producers of generic drugs, out of crisis.”

The association is calling for a differentiated calculation of the clawback tax, and consultations with the entire pharma industry to ensure patients’ access to treatments under conditions that are fair to all actors on the market.

Patient associations are also complaining about drug shortages for various categories of illnesses. “We have signals that drugs for diabetes, Parkinson’s disease and rheumatic diseases are missing,” Iulian Petre, communication chief of the Coalition of the Organizations of Chronic Patients (COPAC), tells BR.

Cancer patients in particular have been systematically confronted with drug shortages for quite a long time. In a previous statement to BR, Cezar Irimia, president of the Federation of Associations of Cancer Patients (FABC), said: “We have been suffering for years from the disappearance of drugs from the Romanian market, for various reasons: parallel exports, the low price of the drugs (hence no profit for producers), and lack of responsibility from the Ministry of Health, which should have clear strategies so that we no longer face these problems. Maybe they are working hand-in-hand with those doing the parallel exports and that is why they are not taking the necessary measures,” Irimia suggested.

“The main cause of patients’ difficult access to medicines is the drug policy in Romania. The political populism of previous governments led to measures such as repeatedly cutting the price of drugs in Romania, which are basically the lowest among 12 comparable countries in the EU,” says Petre, of COPAC.

He complains that the low price of drugs has made them very attractive for parallel exportation, where medicines are taken from Romania and sold in other countries for much more money and with immediate down payment.

“At the same time, the very low prices imposed on producers, which are also benchmarks for other markets that are more important to these producers; supplementary taxation through the clawback tax; and parallel exports have made many producers withdraw their products from Romania or not even attempt to enter the Romanian market,” says Petre.

He warns that the situation will become even worse from July 1, when, under Health Ministry Order 75/2009, article 8₁ will come into force, which cuts the price of original drugs that are out of patent by 35 percent, far below the European minimum, affecting the price of drugs also in countries that are comparable to Romania. This is why many producers are threatening to withdraw from the Romanian market, Petre tells BR.

The Romanian Association of International Drug Producers (ARPIM) previously warned that 800,000 patients may not be able to benefit from innovative treatments from July, following the disappearance of 123 drugs from the market.

According to ARPIM, this situation is attributable to article 8₁, which lowers the price of original drugs in line with the value of generics.

“This stipulation will have extremely serious consequences for Romanian patients – not just immediate, by limiting their access to treatment, but also long term. The price of drugs will decrease by 35 percent, falling below the European minimum threshold, which is totally unsustainable, and compels drug producers not only to reconsider their product portfolio but also to reassess the opportunity of bringing new drugs to Romania,” said Dan Zaharescu, executive director of ARPIM.

“Even though all the experts say that the pricing policy in Romania must be rethought, and that the adoption of article 8₁ must be stopped, the Health Ministry is not taking any action. They will probably let the drugs be withdrawn from Romania and then blame the producers. They should at least for now stop article 8₁ from coming into force, then implement a new drug policy ensuring patients’ access to drugs,” says Petre.

However, APMGR members argue that article 8₁ is beneficial, because it will encourage competition onto the market. “In the case of the highly publicized measure introduced in June 2015 […] we wish to mention that it was introduced at the recommendation of the Competition Council, which found, following an investigation into the pharma market, a discriminatory price treatment between generic and out-of-patent drugs. The measure rectifies the severe discrimination against generic drugs and it will increase patients’ access to treatment, because it encourages true competition on the drug market,” Laurentiu Mihai, executive director of the APMGR, told BR.

BR asked the Ministry of Health for its position on the issue, but had received no answer by the time the edition went to press.

However, according to media reports, the health minister, Vlad Voiculescu, is aware of the drug shortages faced by patients. In fact, he even made it a priority of his term to ensure that essential drugs are no longer missing.

“The first thing would be essential drugs. ‘Essential drugs’ is a term from the World Health Organization that covers cheap drugs that have existed on the market over the last 10, 20, 30, even 40 years. (…) There is no doubt regarding their efficiency and the cost for their efficiency,” said Voiculescu, quoted by Agerpres newswire.

He went on, “Over the coming weeks, I hope we make significant progress in this direction. I am not the first minister to be confronted with the lack of some cheap drugs in hospitals, but I definitely want to be the last. I would like the solution not to come from a single person or a group of people, but to be a systemic solution. It must be a solution based on clear rules and procedures, and – this is extremely important – it should be transparent, so that doctors, patients, hospital managers and the media can follow these issues, see where the problem is and ask for its urgent resolution, because these things are extremely urgent.”

Patients’ restricted access to drugs is not a uniquely Romanian problem: other countries in the Central Eastern European (CEE) bloc face such challenges too. Recently, Voiculescu participated in a regional meeting in neighboring Bulgaria to come up with solutions to the crisis.

“CEE is seeking unity to ensure access to drugs for 124 million citizens. While drug expenses in CEE reach between 14 and 24 percent of total expenses in the healthcare system, health ministers from ten states met in Sofia to look for cross-border cooperation solutions to surpass the challenges posed by access to drugs,” reported Agerpres newswire.

The final aim is the devising of an international agreement to allow firmer negotiation terms with the pharma industry, to the benefit of the patient.

The next meeting between the ministries will take place in Bucharest at the beginning of July, and Romania will take over the coordination of the project.