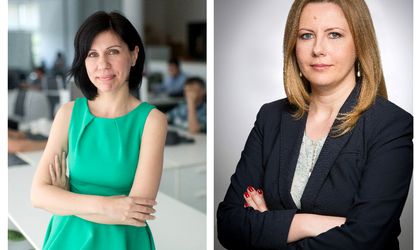 With some parts of Romania having been grappling with a chronic lack of investment in the past few years, the government has rolled out a National Mobility Plan designed to help residents of disadvantaged areas relocate to other parts of the country where there are more jobs and fresh investments.

The measure should also help employers in the manufacturing sector, for instance, who are struggling to find new workers in the country. Bosses have also been trying to convince people to relocate to another part of the country, but their success has been limited so far, according to pundits.

How does the relocation work for companies and employees?

While this facility is new as regards the Romanian citizens who exercised their right to free movement of labor in EU/EEA regions, for the unemployed, it represents a significant increase in the compensation that they could receive in the event of relocation, from RON 3,500 up to a maximum of RON 15,500, according to Ileana Lucian, partner at law firm Musat & Asociatii.

“The new enactment also encourages NEETs – 16- to 24-year-olds Not in Employment, Education or Training – to enter the labor market by offering employers for the first time RON 900 a month for each employed NEET, for 12 months,” Lucian told BR.

Up to now, companies had to manage the relocation of employees on their own based on their needs, stated Raluca Penes, HR coordinator at Smartree, the recruitment consultancy.

“In recent years, due to the lack of qualified personnel in certain geographical areas, one of the solutions was relocating work-force from underdeveloped industrial areas, especially in the east of the country,” Penes told BR.

Sectors where relocation is in high demand

Aside from the support of transport and accommodation expenses for employees that choose to relocate to another part of the country, some of the multinational companies present in Romania are also providing professional courses, mainly for school leavers, according to Penes of Smartree.

At present, there is high demand for relocation services from industries that are currently booming, such as automotive and manufacturing, for which there is a shortage of qualified staff. Companies are also looking for unemployed workers in logistics and construction.

Lucian of Musat & Asociatii added that Romania is probably not the only country in the EU dealing with a low rate of staff relocation, and policymakers can roll out certain initiatives to boost the process.

“In countries without a strong ‘tradition’ of work relocation within their borders, like the former communist countries, support for such relocation through legislative measures should be a target in order to attract investments in certain areas and to mitigate the risk that existing investors move to other countries due to the lack of human resources,” said the law firm partner.

But the experience of one foreign investor that tried to hire people in a poorer area of Romania may suggest that the government’s mobility initiative should have been implemented years ago.

In September, car parts market EKR-Elektrokontakt, part of German group Nexans, scrapped its investment plans for an EUR 18 million production plant for car cable wiring systems in Targu Jiu, southwestern Romania, because it could not find enough people to hire, national business daily Ziarul Financiar reported that month. The company said the investment project, which was also eligible for state aid, was stopped because of challenges in recruiting personnel and the dynamic of staff expenses. Aside from the issue of relocating staff, Romania also faces the challenge of a massive brain drain.

An executive in the local manufacturing sector, representing a foreign company, recently warned that around 4 million Romanians at their peak performance, who would be a great fit for local companies, are working abroad.