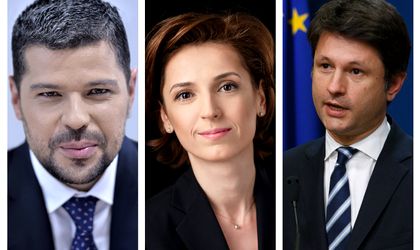 The Romanian state had claimed USD 1.2 billion in damages from Italian utility Enel for breaches of its privatization contract, but now faces legal fees of USD 1.2 million after losing the high profile case at the International Chamber of Commerce (ICC) in Paris.

This was just one of the cases that the state has lost against the foreign utilities that ventured into the country in 2004, when electricity distribution and supply operations moved from public into private hands in a major privatization push. The firms were accused of not meeting specific provisions, mainly related to new investments included in the privatization terms.

State has over 20 claims turned down

In the arbitration against Enel, the state claimed that the company had breached the Electrica Muntenia Sud privatization contract.

“Faced with numerous claims, Enel’s defense proved the lack of merit of each and every claim, with the tribunal ultimately dismissing 22 of the 24 claims on their merits, and ruling that it did not have jurisdiction over the other two claims,” Luminita Popa, managing partner of law firm Suciu Popa, which represented Enel, told BR. Popa was lead counsel in the case.

On the state’s side, the arbitration was led by a management company for state-owned stakes in energy companies called SAPE. The organization is coordinated by the Ministry of Energy. The state was represented by law firm Mocanu & Asociatii (initially Bostina & Asociatii law firm).

The Ministry of Energy admitted that it had lost the case, but said that half of the claims were based on information from a report by the Court of Accounts. The conclusions of this report were challenged in the national courts by Electrica and SAPE.

The arbitration was initiated in 2013 by Electrica, the electricity supply and distribution company. Before Electrica was listed on the stock exchange, the state founded SAPE and took over the litigation cases that the company had with investors in the energy distribution segments.

The case involved complex matters of Romanian law application, including contract interpretation, the submittal of a high volume of factual and legal evidence, complex expert reports and many witnesses, added Popa of Suciu Popa, the law firm representing Enel in all its international arbitration cases with the Romanian government, at ICC Paris.

Georgios Stassis, country manager of Enel Romania, said in a statement following the ruling that the company will now focus on the development of its operations in Romania.

“This award proves that Enel has complied with the obligations set down in the privatization contract, including those on investments made in the resulting companies Enel Distributie Muntenia and Enel Energie Muntenia,” said the executive.

Business Review asked for additional comments from Stassis and also from officials from the Ministry of Energy and the Ministry of Economy on the outcome of the arbitration, but had not received any answers. Enel re-sent only the statement it had already given to the media.

The company said in its latest financial report that the total debt associated with the exercise of the put option amounts to EUR 661 million as at December 31 2015.

The government has had other arbitration claims against utility firms that came to Romania through privatizations. Czech utility CEZ paid EUR 5.7 million to the state in one case, although the initial claim stood at EUR 81 million. The state lost another case against German utility E.ON and had to pay legal fees of EUR 2 million, although it had asked for EUR 33 million in damages, according to HotNews.ro.

In November 2013, the state lost two arbitrage cases against Enel, for the alleged breach of privatization terms for Electrica Banat and Electrica Dobrogea.

Enel in Romania at a glance*