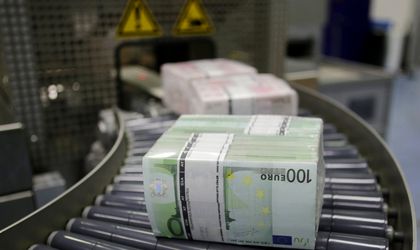 With Romania starting to put together projects under the new European Funds framework for the 2014-2020 period, in which the total budget stands at EUR 33 billion, there are still major delays in the appointment of the management authorities that will oversee the usage of the funds, while public sector workers in this field need additional training, according to consultants.

In late March, PM Sorin Grindeanu said that the documents for the authorization of three new EU funds management authorities had been submitted for approval and that new guidelines would be launched in April.

“The immediate priority is the successful completion of the process of designating the structures, systems management and control for structural funds and investments in the agriculture field. Without this, the absorption of EU funds is guaranteed implicitly from the national budget. So the risks in this process can lead to slippages of the budget deficit and, implicitly, of the public debt,” Laurentiu Dinu, country manager of consultancy EU Advisors, told BR. He added that there needs to be tight control of the fiscal policy to prevent such risks.

While the president, Klaus Iohannis, said that he wanted to speak to the government about the absorption of EU funds, the PM said that the progress being made is visible.

According to Ovidiu Rata, managing partner of Relians, an EU funds consultancy, Romania needs to have all management authorities operational by the half of this year, so that the country can attract more European money.

He added that there is a need for better trained public sector workers in the management authorities and in the intermediary bodies that can answer quickly and clearly potential beneficiaries’ questions.

“The employees in the institutions that manage EU funds are poorly qualified and there are too few of them, so the quality of the support materials (guides, instructions) and the advice they offer leave a lot to be desired. To get over this, either the employees need to receive additional training or services need to be outsourced to specialized operators through technical assistance contracts,” Rata told BR. The managing partner said that the guidelines for potential beneficiaries of EU funds need to be better linked to the economic realities.

Meanwhile, Dinu of EU Advisors pointed out that Romania has had an “innovative approach” to the coordination of the implementation of operational programs and financial instruments, which has boosted the institutional arrangements both in the previous programming period, 2007-2013, and in the current one.

“This dynamism hasn’t been reflected up to now in the consolidation of the administrative capacity of management authorities and intermediary bodies or in the correlated evolution of the internal process for the absorption of EU funds,” said Dinu.

In the current budgetary framework, the EC will look more closely at member states’ efforts to attract EU funds. This means that the low achievers risk losing money.

“The new EU regulation for the current programming offers the EC mechanisms for checking the results of the absorption in the middle of the implementation stage and the option to reduce funding if the performance is below the target agreed with the European institutions,” explained Dinu, adding that the commission will also deploy more indicators to analyze the quality of the absorption rate.

The EU Advisors head went on to say that the capacity of beneficiaries, either public or private, to develop projects with the greatest benefits for the economy will be key to making sure that Romania increases its absorption rate in the current seven-year period.

According to government data, the effective absorption rate of EU funds in Romania reached 82 percent at the end of February 2017. This means that the country used EUR 14.8 billion in the operational programs that ran throughout the 2007-2013 period. The final expenses bill is supposed to be sent to the EC at the end of the first quarter, meaning that from now on, Romania should officially start to focus on the new programming period.

Romania has started to attract investment under the major program announced by the president of the European Commission, Jean-Claude Juncker. The initiative is designed to mobilize EUR 315 billion of fresh investments in the EU in a bid to boost the job market.

Up to now the EC has approved operations with a total financing volume of EUR 180 million, expected to trigger EUR 743 million in investments.

The European Investment Bank (EIB) has approved five projects with a total financing volume of EUR 148 million that are expected to trigger EUR 424 million in investments. This includes the first EUR 15 million tranche of a loan taken out by Agricover. The company will use the funding to grant loans to small and medium-sized enterprises active in the agricultural sector.

The European Investment Fund (EIF) will provide EUR 32 million under three agreements with financial intermediaries. In total, some 2,200 smaller companies and start-ups will benefit from this support, which is expected to trigger EUR 319 million in investments.

Although the government wanted to finance large-scale investments through the Juncker plan, such as a new subway line and energy transport infrastructure, European experts have not yet vetted such investments.

Meanwhile, the government is working to launch Romania’s first sovereign fund, which should in theory support new investments in roads and hospitals from national funds.