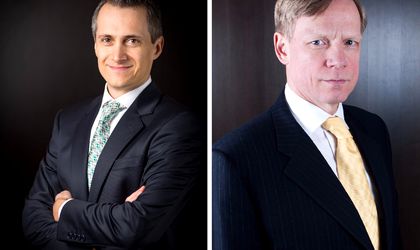 Raiffeisen Bank is accelerating its digital transformation and will launch a new version of its banking platform next year, as part of a strategy that runs through to 2020.

Bringing people from all departments and putting them in the same room, pretty much like a start-up would do, is something that is already happening inside the bank, according to Bogdan Popa, operations, IT division head at Raiffeisen Romania. Having worked for Raiffeisen Bank for the last 15 years, he says that the new position he got six months ago is dynamic. He previously held the role of CFO.

Popa says the bank has to take an adaptive approach in order to accelerate the investments in technology that increase its engagement with its customers.

“Traditionally, banks worked through very limited structures and today we see that this way of work can be improved, if the people from various areas stay together, such as those from IT, from retail, from legal and communication. So if IT people and non-IT people gather together, they can understand better the products that we want to do (…) On the sixth floor of our building we have put together IT people, product specialists for corporate, retail and payments, and we will also have marketing and communication people,” said Popa during an event marking Raiffeisen’s 20 years of operation on the Romanian market.

The lender is also expanding its analytics operations to understand better what kind of products or services might fit the users of its digital channels, according to Popa.

“The first level is to provide to customers with a structured view of past transactions, so for instance to search very fast for a previous transaction. The second level is maybe to let the customer in your app, which maybe right now is more oriented towards transactions, to let him or her set targets. For instance, I want to save a certain amount of money over several months – the app can provide reminders of this objective,” said the head of IT operations.

“We are building cross-functional teams; we have this adaptive approach and are trying to break these small borders between teams. If up to one or two years ago you could have said ‘I know retail’ and someone else knows IT, things are starting to change,” he added.

Popa added that Raiffeisen Bank has a “significant investment” in the mobile and online banking platform, which will be upgraded and relaunched next year. He did not specify the budget for the heavy transition to digital, but said that the bank had a core team of 100 people working on this process.

Moreover, the lender has defined some “digital guides”, who will assist the bank’s employees in the branches to implement the new strategy. Meanwhile, Steven van Groningen, CEO of Raiffeisen Bank, says that more than 40 specialists will be hired in the next period to support the pivot to digital.

The bank is also working on payment by phone in stores. Popa says this is the “next level” after contactless payments.

“At present we have loans that are initiated online and the amount is growing handsomely. We are still doing the signature on paper, but over here we are also looking at ways to no longer do this so as to have digital end-to-end.  It will be easier, for instance, for customers that already have the app to take out loans through the app and get personalized offers,” said Popa.

It’s all in the app

Providing a similar experience for desktop and mobile users is a thing of the past, suggested Popa, pointing to a sharp increase in the number of customers that are using only the bank’s mobile application for daily operations.

“The exclusive users of browsers are starting to go down – they were the most. Those that are using just the app are starting to grow.  Today we have 377,000 customers that have used the two channels at least once a month. Banks’ reach through browsers is falling and their reach through the app is growing exclusively. We have monthly growth of around 10,000 customers that reach banks through digital channels,” said Popa.

In August 2017, only-mobile users generated 56 percent of the usage of digital apps, while those using desktops, for instance, had a share of 33 percent. Another 11 percent of customers used both the mobile and desktop versions of the banking platform.

The bank aims to have 400,000 customers that use its digital channels by the end of 2017, which is roughly 20 percent of its total number of customers. In the case of the app, Popa said that it is used on average ten times a month, although there are customers that open it several times per day.

Investments of EUR 1 billion in Romania

Since starting operations on the local market in 1998, Raiffeisen Bank International has invested EUR 1 billion in Romania, according to van Gronginen. The bank merged with Romanian state-owned lender Banca Agricola in 2002. In the first half of 2017, the bank’s revenues reached EUR 222 million, while its total assets exceed EUR 7 billion. The lender recorded a profit of EUR 54 million in this period, according to the CEO. It has 2 million customers, of whom 1.9 million are individual customers, while 5,600 are large corporate customers.

In 2016, the bank’s revenues stood at EUR 450 million, of which 13 percent was allotted to risk costs, 27 percent to suppliers, 25 percent to capital and shareholders, while 16 percent went to employees.

Van Groningen went on to say that the bank has granted loans worth EUR 7 billion in the last five years, and 700,000 new borrowers took out a loan last year alone.