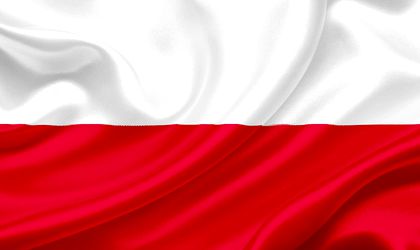 A growing number of Polish companies have been venturing into Romania in the past few years. Close to 450 firms have launched local operations in search of new growth avenues outside their home market.

The local business environment already has some key figures of Polish origin, especially on the capital market. For instance, the head of the Bucharest Stock Exchange (BVB), Ludwik Sobolewski, came to Bucharest in 2013 after managing the Warsaw Stock Exchange, which under his tenure developed a new market for SMEs from scratch. Then, there is Greg Konieczny of Franklin Templeton, the Pole who has been managing the closed-end fund Fondul Proprietatea. During his administration, the FP was also listed in London and the executive has been one of the strongest promoters of the implementation of corporate governance principles in state-owned companies.

Sobolewski is currently working with his team to make the BVB more accessible for retail investors and to ease the access of foreigners with capital on the market. The BVB is also working to grow the market for smaller companies that can get financing on the capital market, instead of going, for instance, to banks, following the model implemented in Poland.

Poland is currently one of the emerging investors in Romania, with total FDI in the country amounting to EUR 446 million at the end of 2015, according to data from the National Bank of Romania.

Nevertheless, firms with Polish capital have quickly covered the whole spectrum of the economy, from financial services to construction, IT, manufacturing and FMCG.

According to an analysis by ICAP Romania, 445 companies had more than 10 percent direct Polish shareholding as of August 2016. However, only 263 firms had declared financial data by December 2015. These companies accounted for EUR 840 million in turnover and had 5,916 employees at the end of last year.

Active dealmakers on the local market

The financial and retail sectors have seen some deals that have involved Polish players in the past few years.

For instance, last year AmRest Holdings took over the Starbucks franchise in Romania and Bulgaria, in move estimated at EUR 16 million.

This summer, the Polish operator of the franchise reported a 25 percent increase in gross earnings in Romania, the highest among countries where AmRest operates the coffee shop brand.

The buyer owns several juice, instant drinks and snack brands in Romania, including Tymbark and La Festa, and has been present locally since 1996.

The Rio Bucovina deal is the third acquisition the Polish FMCG player has made in Romania after buying the pasta brand Arnos in 2007 and the snack brands Salatini and Capollini in 2013.

In the financial sector, Idea Bank, the lender created by Getin Holding after the acquisition of Romanian International Bank, reported its first profit in the first half of 2016, EUR 1.6 million, and increased its portfolio of loans.

In addition, a new Polish player entered the local financial market in October. Credit Value Investments, a provider of debt financing, said it was looking to provide local SMEs with EUR 100 million in financing across the whole credit spectrum, including senior and mezzanine debt.

The company hasn’t yet opened an office in Romania, and will initially manage local operations from Poland.

The debt collection sector is home to several Polish players, including Kruk, which employs 600 people.