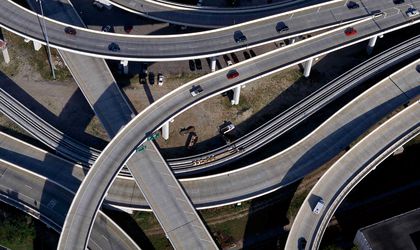 Investors are waiting for the publication of the implementation rules for the new PPP law no 233/2016, which was approved at the end of last year. Legal experts have told BR that the new rules should promote functional partnerships between public bodies and private players, and it might take additional time for the authorities to learn the ropes when dealing with such initiatives. Representatives of foreign investors in Romania suggested that pilot PPP projects should be launched first. The government has not yet announced any such projects.

“The only immediate impediment might be the Romanian authorities’ lack of experience in conducting PPP projects, which might stall for a while the actual onset of PPP projects in practice. Hopefully this will be quickly overcome, as the legislation offers clearer provisions and guidelines for the implementation of PPPs than the previous legislation,” Nicolae Ursu, managing associate at law firm bpv Grigorescu Stefanica, told BR.

He added that the new law can accommodate various PPP structures without overregulation and provides clear separation from the scope of the new concession and public acquisitions legislation that was rolled out last May.

According to Cleopatra Leahu, partner at law firm Suciu Popa, there are PPPs of a purely contractual nature, where the PPP agreement is concluded between the public partner, the private partner and the project company, which is wholly owned by the private partner. And there are the PPPs of an institutional nature that involve cooperation between the private and public partner within the project company, which is held jointly by the public and private sector, and becomes party to the PPP agreement after its registration.

How PPPs can be financed

Although the current center-left government led by Sorin Grindeanu claims that major PPP projects will be financed from Romania’s planned wealth fund, it is still too early to say if this initiative is feasible considering that the fund is still in the design stage. Public authorities aim to turn the Sovereign Fund for Development and Investments (FSDI) into the main financing engine for the construction of roads, hospitals and industrial assets. The fund should reach EUR 10 billion in size, according to recent statements by policymakers.

Legal experts say the new law is more versatile because it provides more financing mechanisms for public and private partners involved in such projects.

“Under the new law, the investment costs of the project can be funded entirely by the private partner, or by both partners. For the public partner, the source of funding is, however, limited to EU grants consisting of post-accession non-reimbursable funds and the related national contribution. The public partner may also choose to provide contingent mechanisms, for example guarantees to the project lenders, or to grant various rights to the project company, such as the right to collect user payments, as well as concession, superficies or use rights over the assets used for the project,” Leahu told BR.

Diana Poputoaia, managing counsel at law firm Dentons, added that in order to conclude a PPP contract, the public partner must perform a substantiation study on the basis of a feasibility study.

“The study shall consider and establish inter alia the bankability of the PPP project in order to ensure that the project will benefit from financing throughout its duration,” said Poputoaia.

Foreign investors are waiting for the application norms of the new PPP law before starting to think about projects that could be developed in partnership with the state. However, the state will have to provide clear guarantees that it will fully comply with the requirements of such contracts, as financial risks could emerge, for instance in the case of projects that run for decades.

Madeline Alexander, chair of AmCham Romania’s EU funds, public procurement and PPP committee, told BR that the application norms of the new law should allow the local authorities to use PPPs for local infrastructure development as well as to expand on the regulatory framework concerning treatment and management of PPP fiscal risks.

“The key principles that AmCham Romania is promoting in this context include the need for the PPP norms to simplify the cooperation between the public and private partners, in terms of decision making and general operational issues, to allow additional types of payment allocations that could make PPPs more attractive from a financial standpoint, and to ensure fair risk-sharing between the involved partners,” said Alexander.

AmCham Romania represents over 400 American, international and Romanian companies that have invested over USD 20 billion and created around 250,000 jobs locally.

“The new law on PPPs should make the realization of projects more likely. Improvements to legal aspects concerning the execution of PPP projects brought about by the new law are therefore welcome and received positively by the business environment,” Gerd Bommer, commercial counselor at the Austrian Embassy in Bucharest, told BR.

The German investment community in Romania is also bullish about the new law. Anca Hociota, manager of membership services and vocational training at the Romanian-German Chamber of Commerce and Industry (AHK Romania), told BR that such projects might become reality seven years after the first PPP law was rolled out.

Meanwhile, French investors have identified several public sector infrastructure sectors, including roads and hospitals, as fields in which PPPs could work.

Sinziana Barbieru, managing associate at ONV Law and member of the construction and infrastructure workgroup within the French Chamber of Commerce and Industry in Romania (CCIFER), told BR the new law reflects the position of the European Commission, the executive arm of the European Union, and includes the good practice principles published by international financial institutions such as the European Investment Bank and the World Bank.