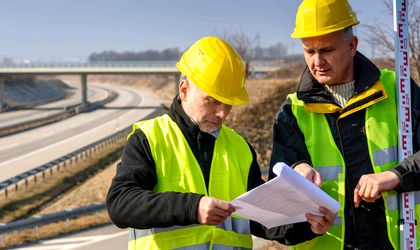 Public-private partnerships (PPPs) could be one of the new avenues to boosting Romania’s transport infrastructure, but the historically slow pace of development in this field could see the private sector move cautiously. The government, however, claims it can develop projects worth EUR 3 billion for new roads and railways.

Up to now, the country has failed to develop any kind of transport infrastructure project based on PPPs as the previous legislation in this field was defective. But going forward, Romania could become one of the European Union member states hosting roads built in partnership between the state and the private sector. Investors are recommending a policy of small steps in this field, meaning that some pilot projects should be finished first, which will require careful planning as infrastructure projects have recorded historic delays and budget overruns.

Romania can use billions of EU funds for road infrastructure

The current government plans to use EUR 3 billion to build highways and fast railway lines by tapping the sovereign wealth fund, which is still in the design stage. It is not yet clear how this money will be raised, but the authorities say that fund will be used for projects that can’t be finished or started using European Union funds by 2020.

“The Sovereign Fund for Development and Investments (FDSI) together with other international banks – the European Investment Bank, the European Bank for Reconstruction and Development and the World Bank have already expressed their interest from the discussions we have had up to now – will build through PPPs highways which it will control for 30 years and which will be returned to the Romanian state gradually,  as the state budget gets more resources to buy them back,” outlined the governing program of PM Sorin Grindeanu submitted to Parliament in late 2016.

PPPs could be deployed for the construction of four new highways that would cover the country, including the Comarnic-Brasov segment – for which the authorities have failed to attract investors under a PPP mechanism.

EU funds have been one of the main financing options for the development of road infrastructure in Romania, with the country having attracted EUR 3.2 billion of EU money in the 2007-2013 programming period. Under the current financial framework that runs through to 2020, Romania can put to work close to EUR 12 billion of EU funding for large infrastructure projects, including transport and energy.

Critical negotiations with the private sector

The authorities’ plans look good on paper, but negotiations with private investors might prove challenging.

“The state must also understand that PPP projects can only be implemented if there are certain guarantees in the background. No private company will be able to bear the risk of 20 years of operation of a highway or hospital, for example, if the state could stop payments for it at any moment without redress. However, we see progress in many areas and are positive that Romania will continue to develop framework conditions allowing for a mutually beneficial cooperation on PPP projects,” Gerd Bommer, commercial counselor at the Austrian Embassy in Bucharest, told BR.

Anca Albulescu, partner and head of the real estate and construction department at law firm bpv Grigorescu Stefanica, added that infrastructure projects are easily executed based on PPP structures and other European countries have had successful developments in this sector.

Meanwhile, PM Grindeanu announced in mid-March that 98 kilometers of new highway will open this year. This means that the country will reach the milestone of 1,000 km of highways in operation next year.

The PM suggested that the highways will be constructed based on the Transport Master Plan approved at European level. Although Grindeanu did not talk about PPPs for the new roads, he said that the government was planning new legislation to simplify the strategic acquisitions process that would apply for highways, energy and defense.