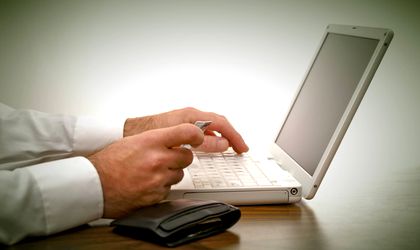 “For the CEAS maintenance, the winning offer was RON 14.8 million, not including VAT (compared to a maximum estimated value of RON 18.8 million, no VAT), while for the PIAS maintenance, the winning offer was RON 7.5 million (compared to RON 8.4 million). The two contracts will cover a three-year period and will be signed at the end of the timeframe allocated for contesting the procedure (July 11, 2016), if no contestations are submitted,” said the CNAS in a statement.

The maintenance of the health insurance IT systems, especially that of CEAS, is a controversial subject, after a series of frequent malfunctions have often made it impossible for doctors to do their job.

“The most frequent problems are related to the optimum functioning of the IT system. The CEAS (national card system) is part of the PIAS (IT Health Insurance Platform), which also comprises the DES (Electronic Health File), the SIUI (Integrated IT System) and the SIPE (Electronic Prescription System). Each of these has a certain role and they are all inter-connected. In order for all of these to work optimally, they need to function flawlessly, and this does not happen,” Dr. Sandra Adalgiza Alexiu, vice-president of the National Association of Family Medicine, tells BR.

She added, “The CNAS should admit that it has big problems, that it cannot manage or coordinate the optimum functioning of the IT systems in which huge sums were invested. No one takes responsibility for this failure. There hasn’t been maintenance at CEAS for years, and even now, after the tender has been won, things have not gotten better.”

BR asked the CNAS to comment on the issue but no answer had been received by the time the publication went to press.

A survey carried out between May 7 and 31 by the Doctors’ College in Bucharest found that the CEAS IT system would fail as much as three times a week, according to Agerpres.

“There were dozens of occasions when the entire PIAS would fall, or just one of its components. We come across most difficulties with the SUI, which does not show whether the patient is insured in real time. This affects the entire functioning of the platform. Those who are in charge of this have made very few adaptations and improvements, compared to the repeated feedback that has been sent ever since the pilot stage,” complained Alexiu.

She adds that, unfortunately, the introduction of CEAS was “a very sad moment,” because “CEAS is probably the most deficient of all the systems.” Alexiu said, “It interferes with the entire system, it turned the SIPE, which was working very well before the introduction of the card, upside down, and it caused serious and long-term damage. This wouldn’t have mattered so much, had there been an alternative at these moments of damage.”

The CEAS contract was awarded in April 2012 to the association between HP Romania and Novensys Corporation, with Siveco Romania as subcontractor. The value of the contract was over RON 87.6 million, not including VAT.

According to the survey, 62 percent of doctors believe that the IT system must be improved, nearly a quarter have called for the employment of technical personnel and 11 percent want the time allocated for a consultation to be extended to 20 minutes, according to Agerpres.

Moreover, 58 percent of doctors declared the system jams between one and three times a week, while 52 percent said the blockage can last up to two hours, according to Agerpres.

“When it doesn’t work, we have a big problem. Even though it was not made to function offline, the CNAS found a technical way to allow temporary functioning because the CEAS started to fail more and more often. It is a temporary fix, because it does not work at its full capacity and returns errors,” Alexiu told BR.

Approximately 50 percent of the respondents to the survey said that they are unable to consult on average with between one and five patients because of the blockage, and 27 percent said they cannot see between 5 and 10 patients.

Moreover, 45 percent of the respondents say the services they performed offline were validated only partially, while for 16 percent, they were not validated at all.

“If we wish to continue consultations, we are forced to go offline, but this affects the medical act, the accuracy of the data we use and save, and it makes us vulnerable because we risk some of the services not only being invalidated, but also charged, which has already happened! When the system goes down, the consultations last longer than normal, and patients lose patience, especially since some situations cannot be solved offline. Patients must be re-scheduled, re-called for consultation or hospitalization. The relationship between doctor and patient is clearly under strain,” Alexiu told BR.