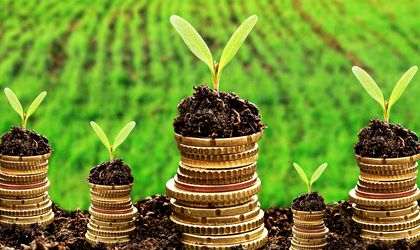 With 11 million employees in the European Union, the social economy sector in Romania needs a major impetus from the state, as it is one of the mechanisms through which the country can significantly diminish social disparities.

With companies and individuals becoming more interested in giving back to society, social involvement has become a priority on their agenda in recent years. Be it volunteering, charitable activities or corporate social responsibility, today’s society is more conscientious toward the community and environment and to people in need. However, in a community where local or central authorities are inefficient in addressing social needs, charitable involvement, for example, may no longer be enough. While charity on its own is not capable of eradicating a social problem, it’s one step towards improvement and finding a solution for it. In other words, the social sector needs sustainability, in the same way that traditional businesses do, and creating a social enterprise could be a way of achieving this goal.

A social enterprise is a business that has a social objective as its core activity. It reinvests its profit for further development or in the interest of the community, rather than focusing on maximizing profits for shareholders or owners. For example, under Romanian social economy law, a social enterprise must reinvest 90 percent of its profit and apply the principle of social equity to its employees. This means that it must ensure equitable payments to its workers. Last but not least, a social enterprise is created to solve a critical social problem in a sustainable manner.

At present, there are over 10,000 active organizations in Romania that aim to have a social impact through various economic mechanisms. According to data from the Atlas of Social Economy, Romania is playing an increasingly large role in the sector, with 1.7 percent of the total workforce employed in social economy structures. In addition, the sector makes a 4 percent contribution to GDP. According to the most recent data, the local social economy’s contribution to the public budget was 4.18 percent of the total taxes and contributions paid by employers in 2012, up from about 3 percent in 2011. The data show that the social economy plays a crucial role in the process of transforming vulnerable groups from beneficiaries to contributors to the public budget. “Fortunately, the sector is developing through the cumulated efforts of actors from civil society and by adopting models that have proved to be successful in other countries in Europe. In this regard, I think that young entrepreneurs oriented toward the social sector play a crucial role, too,” says Doris Stroiescu, manager of Atelierul de Panza, a social enterprise of Viitorplus.

Despite the social economy expanding in Romania, the sector is still an emerging one when compared to other European countries. “European funds intended to finance social enterprises have supported the development of the sector in Romania, although the majority of them faced major challenges in maintaining their sustainability after the financing ended,” says Diana Certan, executive director, communication and fundraising at Concordia Romania.

Elsewhere, Oana Toiu, former secretary of state for social inclusion and social entrepreneurship, says that social enterprises are among the most courageous economic players. “Besides their goal to compete directly on the market, they have a clear assumed objective of improving society. Their organizations take on the additional efforts of employing and training the most disadvantaged groups and operate in marginalized areas where there is a lack of opportunities,” says Toiu, quoted by www.romaniapozitiva.ro. “They bring into the market innovative products that solve social problems which traditional businesses don’t address.”

Despite recent regulation by the social economy law adopted in 2015 and put into practice last year, some forms of social enterprises have been present in Romania for many years, although they were not formally recognized as such. “It is about the history of the solitary economy in Romania. The cooperative structures or benefit societies that were located mainly in rural areas respected the principles of the social economy, but were not labeled as such,” adds Toiu.

As pundits say, a social enterprise is not yet an alternative to a traditional business, as the sector is in its early stages. But, it can be considered a niche in the development of the local economy. “On one hand, more individuals with business experience feel the need to start something that has a social impact. In this case, the social economy is an alternative. On the other hand, as the NGO sector approaches maturity, social businesses represent a solution granting greater financial sustainability and reducing dependence on financers,” says Certan of Concordia.

Stroiescu of Viitorplus shares the same perspective, noting that the social aspect brings an additional difficulty for a social enterprise in reaching its sustainability. “It is easier to lay the foundations of a traditional business than manage an enterprise that addresses a social problem too. Plus, the profit is allotted predominantly to solving that problem,” she adds.

As Certan of Concordia says, the challenges that Romanian social enterprises face vary, depending on the nature of the business. “The lack of permanent measures to finance social enterprises is specific to this sector. These businesses depend either on private financing or dedicated European funds that involve bureaucracy and indicators that are difficult to achieve.” She emphasizes that the purchasing behavior of Romanians is often a big challenge for social enterprises. “Romanians will buy for a cause once. But only if the quality and the price are similar to other products they will buy repeatedly, given the general reluctance in the culture to support social causes in Romania,” warns Certan.

The legal framework that regulates the activity of the social economy sector is another challenge. Compared with other more developed countries, the Romanian state does not offer enough support to social entrepreneurial initiatives. Stroiescu takes Atelierul de Panza, a social enterprise she coordinates, as an example. It is a business where at least 30 percent of the employees are individuals with disabilities. “For example, in Switzerland, the state supports such businesses by funding a significant part of their salary. In Romania, the only benefit is that such an employee is tax exempt. The social enterprise does not benefit from any facility,” says Stroiescu. Atelierul de Panza is a social enterprise founded in 2009 by ViitorPlus, the Association for Durable Development. Its product, textile shopping bags, supports the environment and the social cause and offers an environmentally-friendly alternative to plastic bags while employing individuals with disabilities or disadvantaged workers. Catena, Coca-Cola, Raiffeisen, Idea Bank, Carrefour, Garanti Bank, Strauss Romania, Antipa Museum, Ion Creanga Theatre and the Official Journal of Romania are among its customers.

Profit margins with a social flavor

Compared to a traditional business, a social one often has low productivity and higher production costs. “The profit margins of a social enterprise are much lower than those of similar businesses that don’t include a social component. I can say that, in our case, our profit margins are low, between 10 and 15 percent in the most optimistic scenario,” says Stroiescu of Viitorplus. According to a study conducted by the Faculty of Business and Economy of WU Austria on 300 social businesses, their average rate of sustainability is 65 percent, with the remaining 35 percent of their costs being covered by subsidies, donations or non-reimbursable funds. “For the few profitable social businesses, their profit margin ranges between 3 and 10 percent,” says Certan. “As for Concordia Bakery, our rate of sustainability was 65 percent in 2016 and we intend to increase it to 75 percent in 2017.”

At present, Concordia has two social enterprises – Concordia Bakery, founded five years ago, and Agricultura Concordia, a start-up project. It has two other projects in the development phase: a hostel and a social coffee shop in Bucharest. The social bakery targets the horeca, corporate and retail segments and employs six disadvantaged youngsters each year who work as bakers.