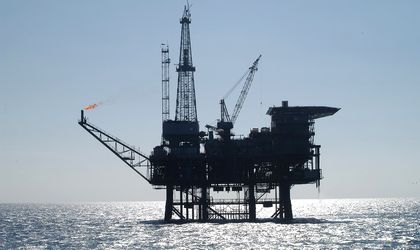 Within the next five years, players say Romania will become a major producer and exporter of natural gas, due to its offshore reserves in the Black Sea exclusive economic zone. But major producer doesn’t necessarily mean major player on the natural gas market without a strategy to shape the great European energy game. Meanwhile, Hungary is waiting in the wings.

No real strategy has emerged so far from the Romanian government concerning Bucharest’s plans for the natural gas exceeding its current national consumption. But nature abhors a vacuum, and commentators say this lack of strategy has fueled the ambitions of other governments from the region. At the moment, Austria is seen as the key player among Central European countries through its natural gas hub in Baumgarten, and the new BRUA pipeline project (Bulgaria-Romania-Hungary-Austria) was viewed from Vienna as the perfect tool to strengthen its position on the European natural gas market.

But recently, a new player with big ambitions has entered the fray: Hungary has made two key moves in order to secure a seat at the energy game table. First, in July 2017, Budapest announced that the BRUA pipeline, projected to connect Bulgaria, Romania and Hungary with the Baumgarten gas hub, would end in Hungary and not have a connection to Austria. While many experts viewed the move as an attempt to secure Budapest an edge over Vienna, the second move raised questions about why Hungary, a country with almost no energy resources, would be positioning itself to become the dominant player on the regional energy market. On February 9, after his foreign minister paid a visit to Bucharest, the Hungarian prime minister, Viktor Orban, announced that Hungary would soon sign a deal allowing the import of 4 billion cubic meters of natural gas annually from Romania over the next 15 years.

Romania denied the claim, but some kind of deal was in fact announced a few days later: two Hungarian companies won the auction for the whole capacity reservation of the gas pipeline connecting Romania and Hungary.

Experts interpreted the Hungarian move as an attempt to show that Budapest was no longer accepting the role of a mere transit country for Romanian gas being exported to Western European markets, but wanted to have a say in the decision making. “We should not care much about what Hungary wants. We should care about what we want. I mean to define clearly our strategy for natural gas and the road map related to it. From my point of view, our concern should be why we have not already spent the EUR 47 million of EU funds allocated for the second phase of the gas interconnector between Romania and Moldova in 2014. The money should have been spent on Romanian territory with big benefits for the Romanian economy,” Razvan Nicolescu, a former minister of energy and currently advisor at Deloitte Consulting, told Business Review. Some commentators say that Hungary’s strategy is to buy up all the natural gas exported by Romania through BRUA (or BRU), fulfill its own needs and then re-export the surplus to the clients of its choice. This would be against the interests of Romania, which would be dropped from the clients available via the Baumgarten hub, and of Austria, which would lose any major role in Romanian gas supplies. But experts say Romania lacks any real counter-strategy. “We care too much about the priorities of other countries and you do not really understand what our priorities should be. That is why we have less chance of becoming a gas hub than them,” Nicolescu said. If Romania looks like an easy target for the Hungarian government, Austria may try to block Budapest’s strategy.

Vienna has several trump cards over Budapest, one of which is that one major company involved in the development of Romania’s offshore natural gas fields is OMV, an Austrian firm. In contrast to the Romanian government, OMV – and its partner, the US giant Exxon Mobil – is not keen to be in the position of a captive supplier to a sole customer.