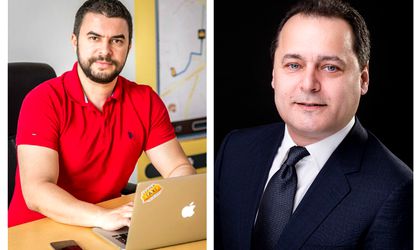 While private equity investments have remained flat at EUR 147 million in the past two years to 2016, market players say that entrepreneurs in Romania have a wide array of financing options ranging from European and national grants to bank loans. However, developing products and services with the label “Made in Romania” that can be expanded abroad might prove to be more challenging.

In a bid to hike the number of new companies on the market, the authorities launched in late summer the Start-Up Nation program, which has a budget of RON 1.7 billion. Around 19,000 business program applications have been received by the government, of which around 8,600 initiatives could be in line to receive financing. The maximum amount that can be granted to a company stands at just over EUR 40,000, or RON 200,000.

Marius Ghenea, investment director at 3TS Capital Partners, says that risk capital finance for start-ups in Romania is still below the market demands.

“In reality, it is still very complicated in Romania for a start-up to obtain capital financing, as there aren’t many investors in this field: a few regional venture capital (VC) funds and only one focusing on Romania, a still limited number of business-angels and no seed-funds or other kinds of early-stage financing. But if you look at grants (non-reimbursable financing), I believe that this year we are talking about a record, especially through the Start-Up Nation program, but also through other programs with ongoing EU and government backing. The problem is that the grants are not allocated on a risk vs yield basis, which are the typical investment criteria, but seem more to be seeking to ‘sow’ as many entrepreneurial seeds as possible across the country, although because of the lack of other ingredients required for growth, many of them will not reach the next stage,” Ghenea told BR.

Across the private equity market in Central and Eastern Europe (CEE), total investment volumes stood at EUR 1.6 billion in 2016, the highest level since 2009, according to a report by Invest Europe. Most of the PE investment was made in Poland, which accounted for 45 percent of the region’s total value, and which also hosted almost a quarter of the companies receiving investment. Romania recorded 9 percent of the value and was home to 5 percent of the firms that received investments, behind the Czech Republic and Lithuania, but ahead of Hungary.

The report further shows that the consumer goods and services sector was the most targeted area for CEE private equity investment in 2016, with 23 percent of capital invested into 69 companies, followed by the ICT sector with a share of 22 percent of the invested value.

In 2016, the biggest PE financing share, of EUR 15.1 million, went on companies’ growth investments, while the smallest amount, EUR 860,000, was attracted by start-ups, according to Invest Europe data.

“The start-up funding landscape has matured significantly in the last few years. It is definitely headed in the right direction. Everything should be seen from a pragmatic perspective – if you want to enter a huge market, with needs more or less satisfied, and if you have a track record, you will be financed. In 2018 lots of interesting funding opportunities will appear, if we listen to the word on the market,” Mihai Rotaru, co-founder of Clever Taxi, told BR. This summer, Rotaru sold the company to Mytaxi, the e-hailing player controlled by German carmaker Daimler.

Meanwhile, George Ureche, director of transactions at PwC Romania, says that start-ups are struggling to find financing, although in theory they have several options.

“Start-ups have only one sure financing source – the attraction of their own capital – from shareholders or their partners,” Ureche told BR. He went on to say that a potential reason for the insufficient number of backers for early stage firms could be the lack or poor application of legislation on certain financing guarantee provisions. The PwC director also pointed out that younger firms can’t have easy access to bank finance or certain funding provided by EU institutions as they need to cover the co-financing costs.

Few companies that have started in Romania have been able to bring onto the market products or services that could be branded as “Made in Romania”, and the biggest potential is present in the tech sector, according to Ghenea of 3TS.

“The idea of selling ‘Made in Romania’ products as a country brand is not functional; on the contrary, we help Romanian companies to choose more prestigious jurisdictions in Western Europe and even the US, if they want to sell internationally, so as to be competitive not just on prices and products, but also in terms of perception,” added the investment director, citing the transactions involving Avangate and VectorWatch.

Ghenea sees SaaS (Software as a Service) as the right business model for Romanian IT start-ups, due to the limited logistical challenges and more competitive costs of the recruitment of specialists and overall operational expenses.

Rotaru of Clever Taxi added that if an entrepreneur wants to create something at an international level, he or she has to “keep that in mind and avoid hyper-localization”.

“On the other hand, this could make your first years in the local market more difficult. Also, the team plays an essential role. Talent and experience have a cost. If you want to be international, you have to embrace it and pay the right price for a strong team,” said Rotaru.

In terms of exit strategy, Ureche of PwC Romania says entrepreneurs should work with a specialized team in order to get the best outcome from the deal.