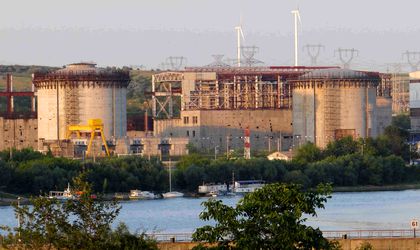 With Romania already struggling to attract investors for large energy projects worth billions of euros, the UK’s vote to exit the European Union might make it even harder for investors looking to venture into the local industry.

For years, Romania has been trying to find companies willing to build two nuclear reactors at Cernavoda worth at least EUR 6 billion and the new hydro pumped-storage plant Tarnita-Lapustesti which has a price tag of at least EUR 1 billion. Some Chinese private and state-owned firms have now suggested they have the appetite for such investment, but the start of the actual construction stage remains clouded by uncertainty.

In late 2015, state-owned nuclear plant operator Nuclearelectrica signed a memorandum of understanding with China General Nuclear Power Corporation, also a state-owned company. Under the deal, the two firms will set up a project company as a joint venture in which the Chinese firm will hold at least 51 percent. The two nuclear reactors are set to have an installed capacity of 700MW and will use CANDU 6 technology.

[restrict …] In the case of Tarnita, three Chinese consortiums have got to the pre-qualification stage to build the 1,000 MW plant.

Eric Stab, chairman & CEO, country president Romania & Poland at Engie, the French utility, thinks that the energy sector has changed a lot since the authorities first started to talk about such large projects.

“We’ve moved away from the huge power plants to the far more decentralized generation of energy. This is a general trend, not just in Romania, but everywhere. It is getting increasingly difficult nowadays to build huge power plants requiring huge investments and this does not of course help the development of Cernavoda reactors 3 and 4 or of Tarnita,” he told BR.

The energy executive says that the wholesale prices of electricity have dropped a lot in the country due to the surge in renewable capacities, noting that prices have fallen by 30 percent.

Engie, formerly known as GDF Suez, was part of a consortium that was supposed to build the new reactors at Cernavoda but the deal collapsed after several utilities started to exit the project.

Stab says that ultimately, the question is whether Romania actually needs such large projects, and if it would not be better off by taking small steps in the right direction instead of thinking big and risking making a huge mistake.

“To base a business case on potential exports of electricity does not make much sense in a country such as Romania, so the question is does Romania need those projects,” said Stab.

The way in which the authorities handled the process of attracting investors might also be one of the reasons why construction works have not yet started, suggested Miruna Suciu, managing partner at law firm Suciu Popa Attorneys.

“The difficulties with the two nuclear reactors to be developed by EnergoNuclear at Cernavoda mainly derive from the general Romanian authorities’ inefficient strategy in retaining major investors in the past. The previous Cernavoda project in 2007-2008, which managed to gather several significant international players in the utilities market, was later scrapped in an almost absurd fashion due mainly to the lack of a coherent approach from the authorities’ side. Later on, the authorities tried to resume investment in the project but this unfortunately coincided with a change in sentiment regarding nuclear technology, especially in the western side of the European Union, as the international community became more and more reserved over the development of nuclear power projects,” Suciu told BR.

She added that for the plant at Tarnita, the technical and financial challenges might discourage potential investors, because the companies could struggle to recover their investments.

Vlad Cordea, managing associate at law firm Musat & Asociatii, added that Romania is not the only EU state finding it hard to attract investors for large projects. One of the reasons is that such projects are usually built for public utility purposes and generate low returns once operational. Thus, some state-aid schemes have to be rolled out to allow the investors to potentially recover their initial investments in an acceptable period of time from a commercial perspective.

Then, there are the challenges related to the legislation. Andreea Mitirita, director, tax consulting at PwC Romania, the professional services firm, says that Romania’s volatile fiscal policies have seen additional taxes imposed in the last few years.

“The financial burden borne by the companies as a result of these policies consists of the 60 percent windfall tax applied on the revenues obtained by gas production companies, the 0.5 percent tax on crude oil sales, and the special construction tax (which should be scrapped from January 2017),” Mitirita told BR.

What sort of project could catch investors’ attention?

Romania certainly needs new production capacities as the large units built during the communist era will gradually have to be taken offline, say pundits. The challenge, however, is being able to match the needs of the state with the expectations of private investors.

“The Romanian authorities could enhance their efforts to reorganize the coal energy sector so as to render more attractive the thermo power plants and to be able to privatize them by attracting strategic investors. Additionally, a sector that has been overlooked in the past few years is gas and electricity storage and the development of much needed additional interconnection capacities with neighboring countries which would facilitate the export of electricity and gas and increase the national production,” said Dan Ciobanu, partner at law firm Suciu Popa Attorneys.

Cordea says there are several ways in which the state could attract investments for key projects, such as feed-in tariffs schemes and contracts for differences. He also mentioned the green certificates scheme in the renewable sector. However, investors in the renewable sector fear they will go bankrupt after the government stepped in to lower the support scheme due to spiraling electricity costs for large industrial consumers, but also for households.

“Another possible means to attract investors for the development of large energy projects and implicitly to ensure the security of the electricity supply over the long term could consist of the implementation of capacity remuneration mechanisms (CRM). Under a CRM, in order to ensure demand for electricity is always met, notably during peak consumption periods, generators receive payment for being ready to generate electricity and supply it to the grid when it is demanded by customers. The opportunity to implement CRMs at national or regional level and their possible windfalls are currently subject to an EU-wide inquiry carried out by the European Commission, expected to be completed this summer with a final report,” Cordea told BR.

Although little concrete has happened since 52 percent of the Britons who voted said they wanted out of the EU, a period of uncertainty is set to engulf the Union. This might also impact the way in which financiers look at energy projects in Europe.

Cordea of Musat & Asociatii suggested that the financing mechanisms for the energy sector might take a hit in the short term, but this will change once the actual terms of Brexit are established.

“For example, credit institutions (especially those based in the UK) will probably carry out various analyses in the following period with a view to determining how Brexit could impact their activity, the legal regime of guarantees created by borrowers after Brexit, the legal regime applicable to recognition of court decisions and their enforcement after Brexit, etc,” he said.

Mitirita of PwC Romania cited the potential impact on EU legislation related to the energy sector, considering that so far, the EU has instituted regulations in this sector according to UK standards. There is therefore a risk that the result of the referendum could lead to renegotiation or replacement of regulations which may have a direct or indirect impact on the companies operating across the region.

Focusing on the legal aspects, Suciu of Suciu Popa Attorneys said that if the UK remains a member of the Internal Energy Market, it is possible that the EU legislative and regulatory regime will still apply, without any formal arrangement (e.g. implementation of the EU’s energy market regime, payment into the EU with no voting rights on the relevant legislation).

“Consequently, it could be assumed that if the UK remains a member of the Internal Energy Market, it would likely remain subject to the relevant European Energy Directives and Regulations and remain part of the institutions (such as ACER, ENTSO-E, and ENTSO-G) which regulate it. On the other hand, should a more radical approach be adopted by the UK authorities, this could have a more significant impact on a variety of issues, such as access to EU markets for UK energy as well as access to UK markets for EU energy,” said Suciu.

She added that the current effort to develop Romania’s energy strategy for the coming decades should take into account the possible scenarios following Great Britain’s exit from the EU energy market. [/restrict]