Analysis. Brexit under way. What to expect in Romania 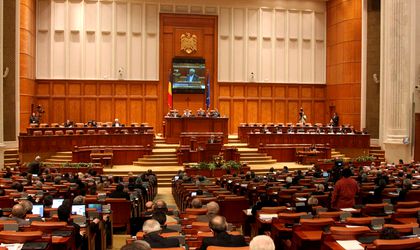 With the Brexit process officially triggered at the end of March and the plan for a multi-speed Europe taking shape as the favored solution to the present EU crisis, Romania is looking ahead at a shifting European environment.

There is now theoretically less than two years left for the UK and the EU to settle the terms of their divorce before Brexit comes into effect. This comes after the British prime minister, Theresa May, officially triggered the process by activating Article 50 at the end of March. Both the UK and the EU find themselves in unchartered waters, trying to sort out a process with strong political and economic consequences for both parties.

The build-up to the signing of Article 50 has hinted at a bumpy road ahead, with trade negotiations taking center stage. EU leaders remain adamant that the UK would be able to sign a trade deal with Brussels only after it had formally left the EU. May, on the other hand, has been firm that the UK can reach an agreement about its future partnership with the EU by the time the two-year Article 50 process has concluded. Tensions hit a high with the handing in of the formal letter that notified the EU of Britain’s intention to leave, as EU officials accused May of using security concerns as a bargaining chip in trade talks. Good news came by mid-April as the British PM signaled what some called a willingness to compromise on previous hard-line positions.

However, things took another dramatic turn on April 18, when May announced plans for a snap general election on June 8 as a way to counter what she characterized as the opposition’s political road-blocking on Brexit. While it is too early to take a soft Brexit for granted and even to fully assess the impact the whole process might have on the EU economy, some possible scenarios can be outlined. The good news is that when it comes to Romania, the immediate impact Brexit developments might have on the local economy look muted, say pundits.

One argument is the timing. Given the different standpoints the two parties have taken on crucial negotiation issues, two years seem a rather short window to come to an agreement, Roland Teufel, partner with Ensight Management Consulting, tells BR. “Therefore, I do not expect any direct consequences over the next two years for Romania,” he adds.

Considering the limited level of bilateral trade between Romania and the UK, roughly EUR 4 billion in 2015, PwC expects Brexit to have only a moderate impact on the Romanian economy in the absence of a future Free Trade Agreement (FTA) between the UK and the EU. “However, given that Romanian exports are closely interconnected to the exports of several large European economies – the likes of Germany, Italy and France – failure to sign such an FTA in due course, by the completion of the Brexit procedure, could have more serious consequences on the Romanian economy,” Ionut Simion, country managing partner of PwC Romania, tells BR, adding that there are other aspects that should be taken into consideration as well.

The UK is one of the 11 net contributors to the EU budget, with a yearly net contribution of roughly GBP 10 billion, according to CNN data. Its withdrawal from the EU is likely to lead to a reduction of the EU budget, which in turn could impact the structural funds available for Romania, adds Simion.

Thirdly, there is the matter of the EU nationals working and living in the UK, whose fate remains uncertain. There are currently over 230,000 Romanians across the Channel, making up the third largest group of EU citizens after the Irish and Poles, according to Bloomberg data. “It is important for Romania that the future agreement between the EU and the UK protects the rights of all EU citizens to access the UK labor market, particularly those already living and working there,” adds the PwC Romania head. However, this particular cloud could have a silver lining, notes Simion: as the British government will almost undoubtedly make it harder for EU nationals to work and live in the country, a number of Romanians could decide to return home. “This could be a rather good side effect for Romania, given the shortage of skilled labor force in several sectors of the local economy, but will also probably lead to a decrease in foreign remittances to Romania from the expat community in the UK,” he outlines.

Brexit could also bring about other opportunities for the Romanian economy. “The impact will depend on what measures are taken by Romanian authorities and businesses,” Madalina Racovitan, tax partner at KPMG, tells BR. In industries such as financial services, the relocation of certain activities and related workers to continental Europe will be necessary in order to optimize business operations, she says. “Given the two-year timeframe available for negotiations, such relocations or reorganizations are likely to occur in the near future, to benefit from the existing EU legislation still in force. This presents an opportunity for other EU member states and Western Europe countries appear to be on the right foot to welcome these businesses and individuals,” says Racovitan.

Countries in Central and Eastern Europe too are ready to take advantage of this situation, with Poland, for example, having already taken measures to increase its attractiveness to investors. Similar steps could be taken by the Romanian authorities to attract investors, although apart from the business and tax environment, there are other aspects to be factored in when deciding to invest in a certain country, such as infrastructure, cost and structure of the workforce, plus the ease of doing business, she points out. The downside to this could be that certain UK-based companies with subsidiaries in Romania may decide to restructure their activities, resulting in a negative impact on the local economy.

What next after Brexit?

As Brexit unravels, the question remains of what will follow for the EU itself. The union seems to be moving from one crisis to the next, while battling tepid economic growth and the rise of Euroscepticism. Reaching consensus among the soon to be 27 member states seems more difficult than ever, making it clear that a change of course is needed in order to preserve the European project.

The 60th anniversary of the Rome Treaties this March therefore marked more than a reason to celebrate, but also a turning point of sorts. France, Germany, Italy and Spain are backing the idea of a multi-speed Europe built around a stronger integrated core made up of the main economies in the Eurozone, surrounded by a less integrated outer layer. What EU leaders and Brussels have in mind is a way for a small group of countries to go forward in such areas as defense and taxation, without having to wait for all, using the treaty’s tools that allow enhanced co-operation, rather than a true multi-speed, multi-tier Europe, which would be a far more ambitious project, argues The Economist.

The idea itself is not only not new, but many pundits argue it has been a reality for years now, as not all members are in the Schengen border-free zone, and only 19 of the 28 use the euro. Its supporters argue that it would enable the EU to deal with present tensions and move forward. Yet countries in Central and Eastern Europe in particular are wary of the consequences of being relegated to the bloc’s second tier.

Opinions on how this will affect Romania are split. “I believe that a multi-speed Europe could be positive for Romania, since it may create a stronger need for real reforms. Political and economic differences with core EU member states are still substantial, and you cannot slow down stronger countries which have done their homework,” argues Teufel.

“The federalist project of a more integrated Europe is not bad in itself, but could be detrimental for Romania if our country is not taken into consideration as a ‘core’ country for such a deeply integrated EU. It is in our interest to strengthen ties with the core EU countries and make sure that our voice is heard too in discussions about the future of Europe,” adds Simion.

Officially, Romania is among the countries that oppose the idea of a multi-speed Europe, with the president, Klaus Iohannis, arguing that there was no explicit reference to this in the ensuing Rome Declaration.

On one hand, the statement signed by the 27 heads of state stresses the message of unity and solidarity by declaring the Union “undivided and indivisible”, but on the other it also hints at a future of differentiated integration. “We will act together, at different paces and intensity where necessary, while moving in the same direction, as we have done in the past, in line with the Treaties and keeping the door open to those who want to join later,” reads the declaration.

With or without an explicit reference to what the EU’s future strategy will be, it is clear that the current state of affairs needs to change in order to avoid potential disintegration. A multi-speed Europe is shaping up to be the most likely solution to this challenge. Judging from the present discourse of local leaders, Romania already seems willing to relegate itself to the status of a second-tier member state. This is the first thing that needs to change before leaders come up with a coherent plan for the country’s place in a changing European environment.