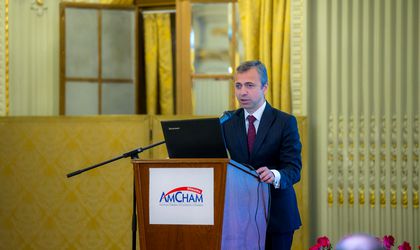 AmCham Romania, the organization representing over 400 American, international and Romanian companies, warned that the main indicators of this year’s public budget run the risk of generating fiscal slippages that could generate additional costs.

The association mentioned that the budget is based on an economic growth estimate of 5.2 percent of GDP, while the main international financial institutions and the local banks forecast an increase between 3.7 percent of 4.4 percent of GDP.

“Although the economic growth based on consumption favors some sectors, a focus on consumption can have impact on the growth of inflation, on the medium term this will hit the sustainable economic growth and the purchasing power of the population. A healthy economic growth needs a correlation between the increase of wages with the level of performance and productivity, with the improvement of the quality of infrastructure and public services,” said AmCham Romania.

The AmCham added that the country could risk missing the investment targets as out of the RON 9.9 billion allotted in this area, RON 4.5 billion will represent EU funds, which will have to be attracted.

The companies, whose combined investments amount to over USD 20 billion, stated that multiannual budgets are required to back complex public investment projects.

In addition, the association warns that the budget for social insurance might come under additional pressure and lead to an increase of the public deficit due to the increase of the pension point by 10 percent.

“It should be noted that according to the Fiscal Council, if the identified risks would materialize, the budget deficit for 2017 would be of at least 4 percent, a worrying level with reference to the Stability and Growth Pact, and with reference of the economic management of the anti-cyclical management of fiscal policies.

AmCham Romania member companies have created around 250,000 jobs in Romania.