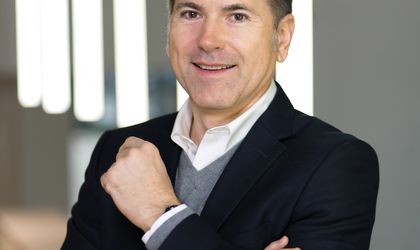 Alukonigstahl Romania, the Romanian subsidiary of the Austrian holding, and one of the most important producer of aluminium systems, PVC and steal, announces an increase by EUR 18.1 million in turnover for 2017 and for 2018 it estimates the increase will exceed EUR 20 million.

Currently the company delivers system solutions for office segment (75 percent of the overall sales), 19 percent to residential segment and the rest from other types of constructions, hospitals, retail and cultural buildings.

“We are glad by the results from 2017 especially because they come in the context of an year full of investments: the launch of a new storage, which meant over EUR 20 million in constructions and stocks, but also in the team expansion, 30 percent being new. We also expect this year the company’s turnover to increase, due to the ongoing projects or the ones who will start soon,” said Attila Beer, administrator of Alukonigstahl Romania.

The new storage of the company, in the South Bucharest has a total area of 3,650 sqm, by 35 percent higher than the previous one, with over 1,000 articles on stock.

Beer also manages starting from 2016 the Alukonigstahl Moldova, a subsidiary that registered sales of EUR 500,000 in 2017 and for this year he estimates an increase by 50 percent. The development plans for 2018 comprise the launch of a showroom and an office at Chisinau, but also the recruitment of new employees, which will bring an investment of close to EUR 60,000.