Alro Slatina’s net profit down more than one third to RON 94.2 mln on nine months 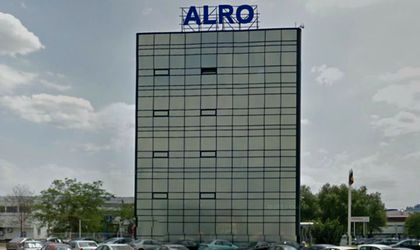 The aluminium producer Alro made a net profit of RON 94.25 million in the first nine months of the year, which is 35.12 percent lower than a year ago.

The turnover was by almost 11 percent lower in the first three quarters, than the similar period of the last year. Although the deliveries in tonnes were relatively constant, the unfavorable evolution of the international pricing quotas of the aluminium brought this result with an impact on the company’s profitability.

In the first nine months of the year, the aluminium production of Alro Slatina increased by 1.13 percent to 205,400 tonnes in the similar period of the last year, while the processed aluminium production was 57,500 tonnes, which is 3.84 percent lower. The revenues were RON 1.58 billion, a drop by by 10.73 percent compared with RON 1.77 billion in the first three quarters of the last year.

„The financial results of Alro in the first nine months of the year represent another proof of the business stability and of our strategy, that allows us to remain profitable in a volatile industry,” says Marian Nastase, president of the Administration Council of the company, according to the release submitted to the Bucharest Stock Exchange this morning.

The total assets of Alro were worth RON 2.38 billion at September 30, an increase by 3.93 percent compared with RON 2.29 billion at the end of the last year.

The Alro Slatina company is controlled through the Dutch group Vimteco by Russian billionaire Vitali Machitski, holding an 84.19 percent stake.