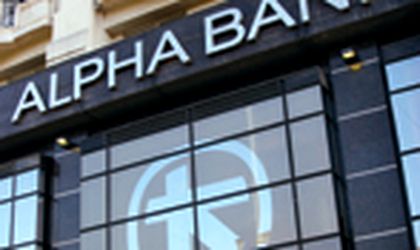 The Romanian subsidiary of the Greek Alpha bank posted an operating income of EUR 93.1 million for the first semester of 2011, which is a 20 percent decrease to the similar period of 2010. Meanwhile, operating expenses gained 2.8 percent in the first semester of 2011, reaching EUR 46.7 million. The bank’s profit before tax dropped by 77 percent year-on-year, to EUR 5.4 million.

Alpha Bank operates 165 branches and has 2.419 employees in the Romanian offices. Alpha Bank and Eurobank EFG are expected to merge by mid-December 2011, forming the third largest banking group in Romania.