Almost half of Romanians took antibiotics in the last six months, study shows 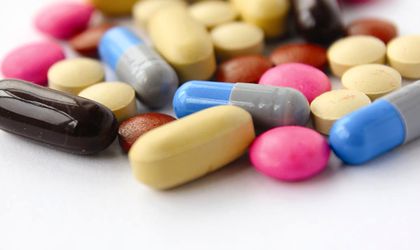 44 percent of Romanians aged over 15 have undergone treatment with antibiotics at least once in the last 6 months, while 23 percent took this form of medication a month ago or later, shows a study developed by GfK Healthcare Romania. There are even more people over 60 years, retired or housewives who have taken an antibiotic in the last week than the general population.

There is also a smaller group of 8 percent who says that it was never treated with antibiotics, category which significantly increases for those from rural areas (10 percent) and for men (10 percent) versus women (6 percent).

“These results may confirm the difficult access of rural people to health services, including medication, on the one hand and more obvious concerns of women regarding their health and their families,” said Irina Craciunescu, senior research consultant GfK HealthCare Romania.

22 percent of respondents say they take antibiotics 2-3 times per year and 12 percent take 4-5 times a year or more often such treatment. The rest of the Romanians, just over half use the antibiotic once a year or less. There are many retirees or people who live in the Maramures and Banat-Crisana region taking antibiotics with this frequency compared to the whole sample.

Colds, among top diseases for which antibiotics are taken

The family doctor is the one who recommended the use of an antibiotic for more than half of respondents (52 percent), while the specialist has recommended such treatment only for 19 percent of Romanians participating in this research. Moreover, in 9 percent of cases, the recommendation came from the pharmacist, and 8 percent of respondents took the decision to use such treatment on their own. A third of those who have decided themselves to take an antibiotic, they took to treat a cold, and another third took such treatment to treat teeth pain / infection.

There are differences between respondents living in different regions of the country or between respondents with different levels of education regarding the person who recommended the use of an antibiotic. Thus, in Muntenia, GPs are a less present source of recommendation, while physician is a more trustful source of recommendation in contrast to other areas. Moreover, in Muntenia (11 percent) and Dobrogea (20 percent) there are a greater number of consumers who only consider their own beliefs when they decide to take an antibiotic.

Those taking an antibiotic on the recommendation of their family, acquaintance or friend are significantly more in the case of persons having only the primary school (6 percent) versus respondents with higher education.

Romanians, aware that abuse of antibiotics reduces their effects

Most respondents agree that, taken too often, antibiotic treatments may not take effect and their use without advice from the doctor may have adverse health effects, these statements being evaluated with an average score of 9 on a scale 1 to 10, where 1 means “strongly disagree” and 10 “total agreement”.

“The percentage of administering an antibiotic alone is still quite high, especially worrying in that they provide this type of treatment on their own initiative also to their children, making the number of people self-medicate to grow furthermore, a situation far from normality that may impact not only on their health status or their families’, but also on the health of those around them”, said Irina Craciunescu, senior research consultant GfK HealthCare Romania.