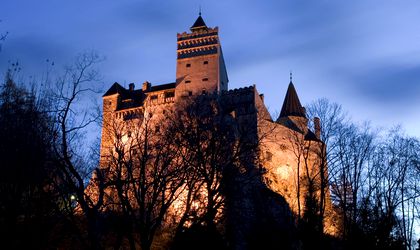 The home-rental platform Airbnb has announced that Bran Castle from Romania, known as “Dracula’s Castle”, will be listed on its website for the night of October 31.

The castle will accommodate two people, who will get to sleep in individual specially designed, velvet-covered coffins for free on October 31.

Airbnb has partnered with novelist Dacre Stoker, the “Dracula” author Bram Stoker’s great grand-nephew, who will offer a guided tour of the castle to the competition winners.

Thus, a global competition is launched. To enter, the participants must write a short passage on what they would say if they met count Dracula.

Stoker will explain how Vlad the Impaler became known as Dracula, and how the legend passed through centuries.

According to a statement from Airbnb, travelers will be taken to the castle via a horse-drawn carriage before being met by Stoker for the tour.

The winners will have dinner in the dining room of the castle. After dinner, the guests will be left to sleep in these velvet decorated coffins in the castle’s crypt. Stoker’s book is partially based on the story of the Wallachian voivode Vlad Dracul, also known as Vlad Tepes (Vlad The Impaler) from the 15th century, because of his custom of ramming a spike through his enemies and leaving them to die.