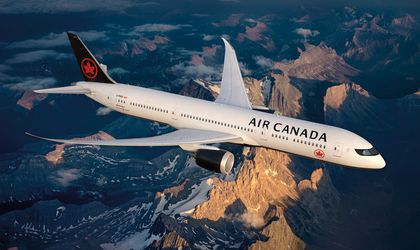 Air Canada will start long-haul flights between Bucharest’s Henri Coanda airport and Montreal and Toronto from June 2018, according to representatives of The National Company of Airports Bucharest (CNAB) which struck a deal with the Canadian airline operator.

There will be four round trips four times a week on the routes Bucharest-Toronto and Bucharest-Montreal. The company will use the Boeing 767 aircraft for these flights.

“Air Canada is one of the most prestigious airlines in the world, and the inclusion of Bucharest on the list of destinations shows the quality of services that we offer and a confirmation that Henri Coanda International Airport becomes a relevant center on the map of international aviation,” said the CNAB in a statement.

Bucharest’s main airport works with 47 airlines that fly to 103 destinations.

Starting December 2017, all Romanian citizens can travel to Canada without a visa. Since May, Romanians that have a valid US visa or had a visa for Canada in the past decade can travel without one to Canada.