After rocking Timisoara, TechFest wraps up in Cluj, moves to Iasi 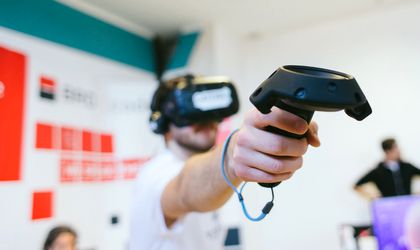 The second edition of TechFest Cluj, which this year attracted over 600 participants, has closed its doors and moved shop to Iasi, where it is continuing throughout the week. The series was kicked off this year in Timisoara, a new addition to the list of host cities, alongside Iasi. “TechFest started its journey last year from the wish to coagulate the IT field in Transylvania. This year, we expanded from Cluj-Napoca to other two important university cities of the country, Timisoara and Iasi, and for the locals we had a second edition that is richer in quality content,” Cristian Dascalu, TechFest organiser said. “We will develop the concept further, because we believe that IT technology need an active, well-structured community and that can communicate efficiently,” he added. The event’s Smart Cities forum presented the opportunities of Romanian cities to become truly ‘smart’, while the the ExpoTech exhibition, held at Iulius Mall Cluj, attracted thousands of visitors and gathered support from 118 companies, institutions and organisations.

The partnership with BRD Groupe Societe Generale, which started at the first edition of the festival, continues this year across all cities involved. “Cluj proved it is an important innovation pool, capable of tech initiatives relevant for the economy of the future in Romania, projects which BRD is welcoming and wants to support,” Calin Cojocaru, BRD retail regional director, TechFest co-ordinator said. TechFest 2017 kicked off first in Timisoara, in October, and this week takes place in Iasi. The largest mixed-use development site is in Iași. IULIUS going forward with Palas...