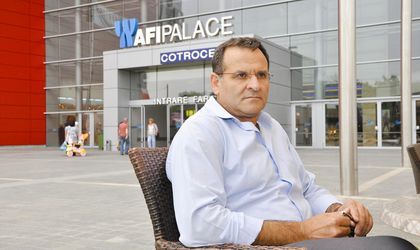 “For us, 2010 was a successful year from which we had a lot to learn, considering that usually the first year is considered to be the hardest for any mall,” said Israel Visel, mall manager Mega Fun. Last year AFI Palace Cotroceni Mega Fun had on average 50,000 visitors on weekdays and about 70,000 visitors on weekends. Out of its 280 tenants about 34 retailers were replaced in 2010, the mall presently having an occupancy rate of about 96 percent, said Visel.

For this year, the company will concentrate on developing the “mega fun concept” while working on improving its business mix by bringing the latest brands on the local market, such as Swedish fashion retailer H&M which will open its first  unit in AFI Palace Cotroceni this March, added Visel.

He also expressed his confidence that 2011 will bring better results as there are clear signs that the market is recovering, albeit slowly. The opening of the Basarab Bridge alone, which will connect the mall with Victoriei Square, is expected to generate a higher traffic in the area, he explained.

Real estate investment and development company AFI Europe, owner of AFI Palace Cotroceni announced that by the end of 2012 it should finalize four new commercial projects, following a total investment of approximately EUR 155 million. Visel said that contracts are already being negotiated for anchor hypermarkets as well as with other tenants. The new projects are: