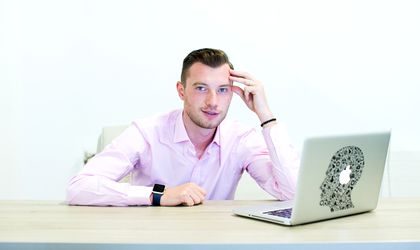 Adservio, the Romanian digital platform for educational management announced a turnover of RON 835,000, up by 61 percent year-on-year.

Acording to company representatives, growth was based on two main factors, namely the increased interest in digital solutions showed by parentsm students and teachers for digital solutions and the the platform’s expansion to new cities. Most partnerships were concluded with schools located in some of the major cities în the country, such as Bucharest and Iasi, but also with schools în smaller cities, such as Focsani.

In 2016, Adservio concluded a partnership with Telekom Romania, whose object was to equip schools with tablets and 4G internet. Thus, company representatives argue, the access of pupils and teachers to updated school information was considerably improved and this led to a 63 percent drop in school absences and overall, the school recorded better results. Also last year, Neuron English was integrated in the platform

For 2017 the major objective of Adservio is the expansion and implementation of the platform at a național level. „Due to the partnership with Telekom, we are expecting an accelerated expansion at a național level, starting with the urban environment, and a turnover increase of a minimum of 40 percent,” Alexandru Holicov, Adservio founder said.

The company is also planning to expand in Europa, in countries such as Germany, the UK and Spain.

Created în 2008 and implemented in over 40 schools în Romania, Adservio is an educational management platform that makes the learning process more transparent and improves school performance.