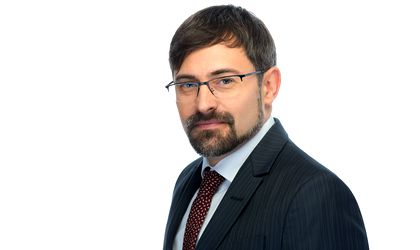 Romania had 16,499 insolvencies in 2008, while the estimate for the end of this year is about 8,300, or about half of the number recorded ten years ago.

According to CITR, at the same time, between 2016-2018, the number of companies entering insolvency annually remained constant, between 8,300-8,600. In the same period, the number of impact companies (with assets exceeding EUR 1 million) that went into insolvency stabilized between 175-200.

Of the insolvency impact companies, 20 percent went into the CITR portfolio on a yearly basis. As for the number of insolvency companies in the total number of companies, Romania has a percentage of 0.99 percent, in line with other European countries.

”The Romanian insolvency market is a mature one, comparable to that of Great Britain (0.93 percent) or France (1.78 percent) from the point of view of companies becoming insolvent annually compared to the total number of companies. Altogether, over the past 10 years, nearly 179,000 companies have entered insolvency, while over 800,000 have been set up. If in 2008 the insolvency of a company was demanded by creditors, today 63 percent of debtors are the ones asking for the procedure, which shows us that more and more people understand insolvency as a state of affairs, as it is defined by law,” says Vasile Godinca-Herlea, CITR CEO.

The sectors that have consistently formed the top impact of corporate insolvency in 2016-2017 were industry (by 48 percent in 2017), services (17 percent) and real estate (by 15 percent), according to CAEN classification. These remain the most exposed, and the trend continues.

”We have an important mass of companies in difficulty, and banks have begun to show increased caution in terms of financing companies in insolvency. So, I think it is important to turn our attention to pre-insolvency procedures, such as the pre-match arrangement and the ad-hoc mandate. I trust that they can represent the future solutions for companies in difficulty in Romania, just as reorganization has been a successful option in the last 10 years. However, in order to be effective, an updated legislative framework is needed, in the current economic context, “Vasile Godinca-Herlea added.

In the decade since the onset of the crisis, the law on insolvency has seen a number of changes, but continues to require improvement. International bodies say that the current law of insolvency in Romania is one of the most modern on the continent.

Even so, its adaptation to the changing economic realities, which provide the appropriate premises for the growth of pre-insolvency procedures, must also take place regularly and with the regular consultation of specialists and specialized market organizations.

CITR: 2021, the year of prevention in business. Companies must be prepared to...