55.1 pct of Romanians who want to buy a home would choose cash payment

Over 37 percent of Romanians who want to buy a house or apartment set their budget depending on the cash they have from personal funds or money obtained from the sale of another property. Almost 27 percent of them say that the type of dwelling they intend to buy dictates the budget, according to a study by Storia.ro and OLX Imobiliare.

On the other hand, 23.1 percent of the Romanians surveyed showed that the weight of a potential rate of monthly disposable income is the most important criterion they take into account when outlining the amount they are willing to spend on a dwelling. 12.1 percent said that the budget is directly dependent on the money they can get from financing sources such as mortgage loans or Prima Casa.

Once they have set a budget, the Romanians are hard to persuade to turn away from it: even if they find a home that they like, 42.2 percent of respondents prefer to resume prospecting the residential market if its price exceeds the budget originally set, while 35.6 percent say they are willing to allocate up to 10 percent more if they do, however, fulfill all the other expectations they have.

Almost 14 percent of Romanians have indicated they are flexible in terms of budget and have not set a concrete amount for the purchase of a dwelling.

When it comes to how to finance the purchase of a dwelling, 55.1 percent of respondents indicated they wanted to make full cash, while 25.4 percent would opt for a mortgage loan and 13.6 percent for a Prima Casa loan. Another 5.7 percent of respondents claim that they consider other funding options (property exchange plus difference, developer rates, etc.).

However, 39.6 percent of the respondents who are considering housing credit plan plan to contract a long-term loan are opting for a period of 20 to 30 years and 34.3 percent for one 10 to 20 years.

A little over 6.5 percent of those surveyed said they would contract a shorter term loan of up to five years to buy a home. 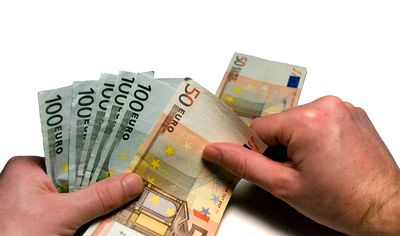 ”The results of our study, OLX and Storia.ro, show that a significant percentage of Romanians intend to buy a home without resorting to a mortgage and prefer to resort to savings or the sale of their current home. In addition, they are relatively flexible on the budget. Starting from the changing needs of buyers, we aim to simplify the search process and continue to offer the most varied housing offer on the market, ”said Dan Puica, real estate business manager, OLX Group Romania.

How much will the Romanians spend on dwellings

Asked what the estimated budget it intends to allocate for the purchase of a home, over two-thirds of the respondents opted for up to 50,000 euros, while 26.6 percent of them are preparing to spend between EUR 50,000 and EUR 100,000 . About 5.5 percent of Romanians surveyed have shown willingness to allocate more than EUR 100,000 to buy a home.

For another 25.1 percent of the respondents, purchasing a home or apartment is a longer-term decision that could materialize over the next six to 12 months, and almost 18 percent claim that the time horizon is over one year.

The survey was conducted throughout August on Storia.ro and OLX Imobiliare platforms and involved 5,151 respondents. Almost 52 percent of Romanians in research are aged between 25 and 44 years, while 41.8 percent are over 45 and 6.4 percent are between 18 and 24 years of age.