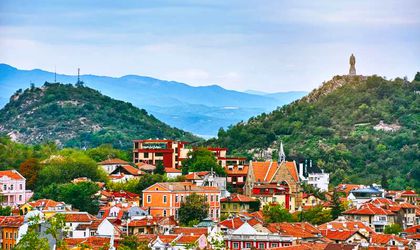 As of January 1, 2019, Plovdiv (Bulgaria) and Matera (Italy) will hold the title of European Capital of Culture for one year.

Plodviv is the first ever Bulgarian city to be chosen as European Capital of Culture. With a full programme under the motto “Together, 2019 will bring new opportunities to the region and international visibility for the city. More than 300 projects have been organized in Plovdid, as well as the entire South Central region of Bulgaria, and the cities of Varna, Sofia and Veliko Tarnovo, including festivals and community-based projects, structured around themes linked to the characteristic features of Plovdiv, its history, cultural heritage, as well as the challenges facing the city.

The programme for Matera has been organised under the motto “Open Future”, and will have a special focus on social and cultural inclusion and collaborative innovation. The opening celebrations will take place on 19 and 20 January and will gather 2,000 musicians from all the villages of the Basilicata region and many other parts of Europe. European Commissioner for Education, Culture, Youth and Sport, Tibor Navracsics, will attend the official opening ceremony on 19 January.

“The programmes for Plovdiv and Matera show how these cities envisage both their own future and that of Europe, whilst celebrating their extraordinary centuries-old heritage. The European Capital of Culture initiative brings people together and highlights the role of culture in building a European identity. Both cities will help ensure a long-term impact of last year’s successful European Year of Cultural Heritage, which has demonstrated how culture can transform our cities and regions for the better. I wish Plovdiv and Matera every success in the coming year,” said Navracsics.

Melina Mercouri, the then Greek Minister of Culture, took the initiative to start the European Capital of Culture in 1985. It has since become one of the most high-profile cultural initiatives in Europe. The cities are selected on the basis of a cultural programme that must have a strong European dimension, promote the participation and active involvement of the city’s inhabitants and contribute to the long-term development of the city and its surrounding region.

Holding the title of European Capital of Culture is also an excellent opportunity for the cities to change their image, put themselves on the world map, attract more tourists and rethink their development through culture. The title has a long-term impact, not only on culture but also in social and economic terms, both for the city and the region.

The Romanian city of Timisoara will hold the title of European Capital of Culture in 2021, along with Elefsina (Greece) and Novi Sad (Serbia). The only other Romanian city that has held the title was Sibiu, in 2007.

In 2020, the title will be taken over by Rijeka (Croatia) and Galway (Ireland).