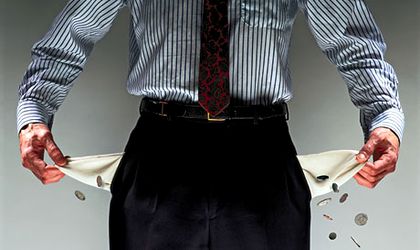 Nearly a fifth of Romanian employees do not earn enough money to secure their living, this being the highest percentage in the European Union, a divide that exists primarily because of structural deficiencies that predate the crisis, according to a report from the European Commission, quoted by MEDIAFAX.

Romania (19%), Greece (15%), Italy and Spain (12% each) register the highest percentage of employed adults that live under the poverty line, compared to the European average of 9%, as per the report conducted by the Employment, Social Affairs and Inclusion DG within the European Commission.

The global financial crisis had a direct effect on employee status and earning in Italy and Spain, but the situation existed before the crisis in Romania and Greece where the phenomenon has a structural nature. The number oof employees that have insufficient salaries was high even before the crisis. The number of poor employee grew by 2% between 2008 and 2012, whereas in Italy it grew by 3%,

Among the determining factors for this state of affair, the European Commission mentions the state of the job market that determines a lot of people to accept part-time contracts, with low salaries. Productivity and labor force costs also influences the level of salaries.

As such, a lot of EU member states that joined the union after 2004 (Romania, Hungary and Estonia for example) saw the cost of labor grow very rapidly, without it being a sustainable growth. Productivity didn’t rise as a result of bigger salaries, in fact in some countries (Romania and Hungary) it dropped.

Underpaid employees represents half of Romania’s population under the poverty line. Work revenue only covers about 80% of employee’s necessities. The resulting deficit is covered via social transfers and most often the parents pensions. Low wages and high taxes “support” illegal work, which represents most of Romania’s underground economy. In fact, in the EU, Romania has the most extensive underground economy, representing 28.4% of the GDP.