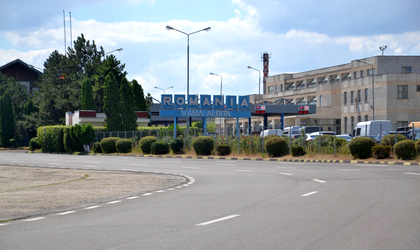 Ten trucks filled with cigarettes worth around EUR 30 million destined for Rep. Moldova have vanished from the border checkpoint in Albesti, Vaslui County, where they were supposed to go through customs operations and cross into the neighboring country, reports Radio Europa Libera Romania.

The trucks in question entered Romania in the April 2020 – August 2020 period, but until March 2021, when Europa Libera started enquiring about the status of the trucks, neither the General Directorate of Customs, the National Agency for Fiscal Administration (ANAF), nor the two finance ministers of the April 2020 – April 2021 period, weren’t aware of this case.

The General Directorate of Customs refused for several days to provide any information related to the 10 transports. The last message received by Europa Libera from the institution was that the answer is formulated, but it is yet to be signed by the director Marcel Simion Mutescu. Asked punctually about a smuggling case, the management of the National Agency for Fiscal Administration (ANAF) under which the Customs is subordinated did not offer a point of view to Free Europe.

Until March 2021, the only one who detected the suspicion of cigarette smuggling was Dănuț Bolohan, the director of the Iași Customs Directorate, under whose subordination is the Albița Customs Office. He asked his department to check the 10 cigarette shipments which disappeared in Romania, most likely the cigarettes being sold on the black market.

The  OOOH Essers RU company has, from the documents consulted by Free Europe, the quality of carrier and is registered in Russia, Kaliningradskaya region, Sovetsk. This company is also owned by two other companies, H. Essers from Vilnius, Lithuania and Evro Trans Servis.

In turn, Evro Trans Servis has three shareholders: Anastasiya Pavlovna Nikitina – with 50%, Victoras Samojlenko – with 25% and Aringas Shidlauskas – with 25%.

The representatives of the Romanian branch of the H Essers company did not want to tell Europa Libera if they have anything to do with the transports made by colleagues from Russia and Lithuania.