Ursus Breweries appoints Alina Bulgariu in the executive board 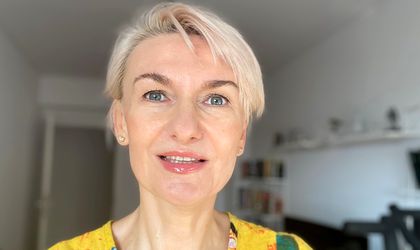 Alina has more than 25 years of experience in the FMCG industry. She started her career with Coca-Cola HBC, where she held various positions in the Finance department. Then, in 2000, she moved to Japan Tobacco International, as Finance Manager, later becoming Finance Director. In 2007 she took over the role of Chief Financial Officer of Altex, and for the last 13 years Alina was part of the Intersnack board, where she had the position of Chief Financial Officer. Prior to joining the Ursus Breweries team, her responsibilities also covered the area of Business Controlling for Central and Eastern Europe.

“I am delighted to join a strong team, such as that of Ursus Breweries, the leader of the local beer industry. I am glad that I will have the opportunity to get to know a business with Romanian and international brands, appreciated by Romanians. I look forward to contributing to the growth of the company, along with my colleagues in the finance department team, who already have solid results.” – said Alina Bulgariu.

The current structure of the executive team brings, in addition to the solid expertise of its members, a strengthening of the common ambition of Asahi Europe & International group companies to embrace and promote diversity with its multiple values, such as different expertise, gender diversity, pluralism of ideas or the courage to do things differently.