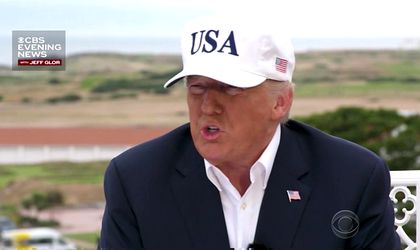 General Motors’ plan to cut 14,000 jobs and close eight plants, of which five in the US, has prompted president Donald Trump to threaten to eliminate subsidies for the company. General Motors is also under fire from Canadian political leaders for the cutbacks, as three of the plants to be closed are in Canada.

Donald Trump tweeted that ”the US saved General Motors and this is what thanks we get!” saying that he was looking to cut all subsidies, including those for electric cars.

GM’s electric vehicles are eligible for a USD 7,500 tax credit under federal law and it is not clear on how the administration could restrict those credits.

According to White House spokesman Hogan Gidley, cited by Reuters, Trump and the Canadian Prime Minister Justin Trudeau have discussed their disappointment in the announced closures of General Motors plants in their countries.

Trump has made boosting auto jobs a key priority in his mandate and he has often attacked automakers for not doing enough to improve US employment.