TripAdvisor rewards MNAR with a Certificate of Excellence 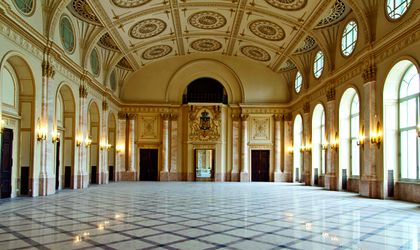 The National Art Museum of Romania (MNAR) has received the 2014 TripAdvisor Certificate of Excellence due to the favorable reviews received from visitors over the last year. There are 122 reviews for the museum on the TripAdvisor website, out of which 50 recommended it as a “very good attraction” and 49 as “excellent”.

According to a MNAR release issued on Friday, the TripAdvisor prize is granted following the qualitative analysis of the opinion of those who visited MNAR and reflects the positive image of the institution, which recorded a total number of 90,700 visitors in 2013.

TripAdvisor.com is a well-known tourism promotion website, whose goal is to provide detailed and current information about various tourist locations based on visitors’ experience. It also includes an interactive forum dedicated to travels.

The MNAR is the owner of the richest heritage of Romanian and universal art in the country. Established in 1948, it is housed by the former Royal Palace, occupying an important place in the hierarchy of cultural institutions in Bucharest.