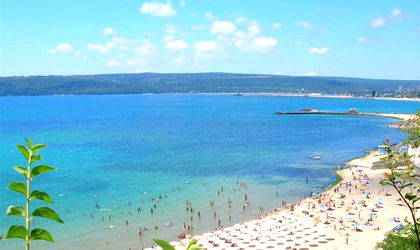 The National Association of Travel Agencies (ANAT) announced on Sunday that it may sue the Ministry of Foreign Affairs if the institution will not update its information regarding the Bulgarian coastline and the possibility of a Hepatitis A virus infection.

The Ministry of Foreign Affairs issued a warning on Friday that recent floods have affected the Varna harbor and as a result there is a very high chance that the waters around the coastline are infected with the hepatitis A virus. During the weekend, several reports from Bulgarian authorities were published that stated the opposite, according to ANAT.

The Bulgarian Health and Economy Ministries sent a press release on July 5 with information regarding the analysis of water from around 23 resorts, among which Varna, Golden Sands, Sunny Day and Riviera, and the results came back negative for risk of infection.

“We announce that information published by the media and theories regarding health risks have been launched by people without basing them on any case study with results from official institution. There is no contamination that may endanger tourists on the Bulgarian Black Sea coast”, the two institutions claimed in their release.

“We have a problem with MAE because it is damaging our business and is communicating dramatic messages.There was a press-release from the Health Ministry in Bulgaria that indicated there was only one beach in Varna where the levels of microbiological danger were exceeded and MAE like a tabloid transmitted that all beaches are in trouble. The Bulgarians published an official press release on Thursday that said the rest of the beaches were not affected, in order to clear the air and MAE did not forward that information. We hope they will by Monday, if not, on Tuesday we will meet and on Wednesday we will sue. We consider that this affects the economic interests of over 1,000 agencies that sell Bulgarian packages. If we are not able to clarify the situation, we will take it to court”, according to ANAT vicepresident, Alin Burcea.

The Ministry of Foreign affairs regrouped on Sunday in reaction to ANAT’s threats. The institution changed its tune, this time saying that the initial Friday warning originated from the chief of the hepathology section at the “St. Ival Rilski Hospital” in Sofia.

“According to the last evaluations supplied by the Bulgarian Health Ministry, the risk that seawater may be infected is limited to a small area in Varna and it does not affect other resorts on the Bulgarian black sea coast”, according to MAE’s Sunday statement.

Titus Corlatean, Foreign Affairs minister, backed his institution by saying it did everything in a correct manner.

The official added there had been repeated attempts from the Romanian Embassy to obtain a confirmation on the matter.

“Quite a lot of time passed where we had no answer. We couldn’t just sit and waste time and in situations like these, as long as the regional Health Inspection in Varna said there’s a small risk in the area without any other adages we brought them to the attention of the Romanian public”, Corlatean stated.