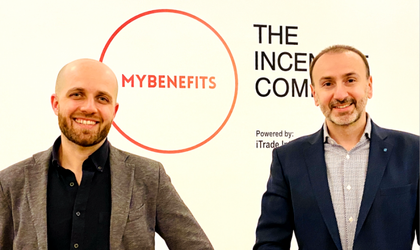 One of the most common topics of discussion for HR professionals revolves around employee benefits system, especially for a very important category of senior, experienced, middle and top management employees, for which a more complex program is needed to keep them in the company.

But benefits have also become loyalty programs over time, through incentives that help on the one hand to new partnerships for B2B, based on loyalty and value, but also to a variety of programs such as sales incentives of distributors, loyalty programs distribution channels, or reward programs for partners. With a world increasingly connected to the Internet and operating through mobile applications, new employee and business partner loyalty programs involve a gamification component that helps increase interest in achieving results. From this specific need, the MyBenefits platform was born, which can be described as a benefits marketplace that addresses all categories of beneficiaries. It was developed by entrepreneurs Andrei Dumitrel and Cristian Teodorescu who, after discussing with several clients, identified this need in the local business environment. But their debut in entrepreneurship was made years ago.

The beginning in entrepreneurship

Andrei Dumitrel and Cristian Teodorescu, co-founders of MyBenefits, are childhood friends, but they saw each other again after many years and started working together. Teo hired Andrei and together they worked for the Apple distributor in Romania, and later they opened their first business together. It was 2004 when they started out in entrepreneurship. The two did not always deal only with IT, but also went through a series of entrepreneurial experiences in various fields, some to cover the needs of the parent company. Thus, they set up a courier company that they still own. Fueled by their passion for food, they opened a restaurant that they brought, in just two years, on the 2nd place in preferences in Bucharest, on the TripAdvisor platform. 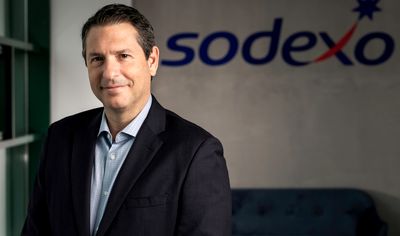 Years later, in 2015, the two discovered a sufficiently unexplored niche, but with enormous potential, in the Romanian market: a new way to retain both employees and partners, through a software platform that tracks both individual developments – either sales indicators or any other KPI, and give access to a varied catalogue of benefits.

All these benefits are listed on the platform that integrates directly into the website of the company that purchases the software, which means that the employee receives a complete package of services and products just a click away.

The gamification component for the loyalty and motivation of internal and external sales forces is a global trend that has reached Romania as well.

MyBenefits was born as a pilot project to reward an IT player’s sales team in 2016, and the platform’s potential became palpable once the co-founders introduced the idea of ​​gamification with real benefits, fully integrated into the customer’s IT infrastructure.

“Thus, any salesperson can turn the bonus points received for his performance into a virtual purchase that is directly in the internal platform of the company that makes the incentive campaign, integrating suppliers or already known marketplaces, such as the eMag platform, or any other provider of products and services that meets the requirements of the employer. Also, each company can customize this online catalogue, depending on the profile of the people it wants to build loyalty, budget or KPIs, so that employees – or collaborators, are effectively rewarded for their work,” explains Andrei Dumitrel.

The platform can show in the user’s account either the cash value, in the case of the platform dedicated to employees, or the points system.

In the case of the points system, each company decides how much a point is worth, the online catalogue provided by MyBenefits offering directly the conversion from money to points.

What makes the difference

The model created by the MyBenefits platform is especially useful for national sales teams, which operate through complex sales channels, in which suppliers, distributors and vendors themselves are involved. The platform can provide easy integration with the customer’s IT systems and instantly award points for sales, all being very easy to use for the end consumer.

“The offered system can also be used for the training & learning part, especially when new processes have to be learned by a large number of people. The online learning sessions can be transformed into a quiz-type testing system, through which the acquired knowledge is verified and, depending on the answers, the participants receive loyalty points ”, adds Cristian Teodorescu, co-founder of MyBenefits.

It is very important that the employee has all the information about the benefits that the company offers in one place, which leads the company to develop a system of flexible benefits for employees, by creating options for everyone to choose what services they want, to direct the amount of money made available by the employer: health insurance, contributions to private pensions, dental subscription, subscription to the gym or meal vouchers, extreme sports or even holidays. This service will be available from the beginning of 2021, according to the founders of MyBenefits.

MyBenefits is part of iTrade, the Romanian company with a turnover of approximately 6 million euros in 2020.