Study: More than half of travel agencies have a high insolvency risk

The travel agency sector recorded an increase in profitability from 0.7 percent in 2012 to 3.3 percent in 2016, according to a study conducted by Coface. One third of the companies in this sector had a profit of over 20 percent, but 40 percent of them have an indebtedness level of over 80 percent, and 51 percent of travel agencies have a higher than average insolvency risk.

In terms of the value of the services provided by travel agencies and tour operators, 2016 reflects a 19 percent decrease compared to the previous year, reaching RON 3.7 billion. The maximum value for this type of services was reached in 2014, when it rose above the RON 4 billion threshold. A decrease (1.6 percent) is also registered for other booking and tourist assistance services.

The last four years (2014 – 2017) brought a slight decrease in the number of legal actions against travel agencies. The lowest number of cases was recorded in 2008 (before the crisis), and three years later their number increased 4.2 times, reaching the maximum of the analyzed period. One important aspect to point out is that the number of payment orders tends to decrease as of 2010, and the number of enforcement procedures indicates a high volatility, with values between 54 and 186 during the same period. Overall, there is a downward trend for court actions, and the major part is still represented by enforcement procedures and payment orders.

Out of the total of 1,989 companies active in 2016, Coface analyzed 63 companies, meaning approximately 3 percent, but having a 54 percent share of the turnover consolidated within the sector. In this context, most companies (38 percent) are ranked by Coface as medium-high-risk companies. The extremes are companies with a high risk of insolvency, totaling 13 percent, and companies with low risk (33 percent). 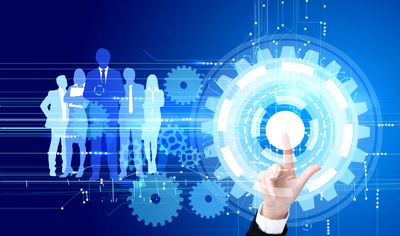 The data published by the INS (National Statistical Institute) regarding the evolution of tourist reception structures during the period 2012-2017 indicate a continuous increase over the period, reaching 7,905 tourist reception structures. Of these, farm tourism guesthouses are the majority, and wholly private property dominates each type of structure. Currently, there are 1,577 hotels, 1,666 tourist guesthouses, 2,556 farm tourist guesthouses.

For the current analysis, the data of 1,989 companies having submitted their financial data for 2016 and having generated a consolidated turnover of RON 1.8 million have been aggregated. The companies in the analyzed sector recorded in 2016 a positive revenue evolution, increasing by 2 percent compared to 2015, even though the number of companies in the sector increased by 10 percent.

“From the perspective of consolidated revenues, the travel agency sector recorded a 2 percent increase in 2016 compared to the previous year, given the increase in the number of players by 10 percent. Even if the consolidated profitability of the sector recorded a slight increase, almost half of the companies (47 percent) reported a deterioration of the net result. More than a third of companies face liquidity problems – current liquidity under 1 – having also an indebtedness level over 80 percent – given that 72 percent of the total debt is represented by current liabilities – and almost two thirds thereof register a negative money conversion cycle, being very likely to delay paying their suppliers”, said Nicoleta Maruntelu, senior financial analyst at Coface Romania.

More than half of Romanians are scared, worried and anxious about the 2020...