Study: Almost half of all Romanian employees are paid the minimum wage 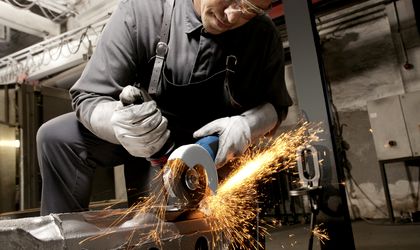 Almost a half of all Romanian employees are paid with the minimum wage, 46 percent, while those who earn more than EUR 700 represent only 16 percent of total, according to a survey of the labor market dynamics at the level of the main industries made by Local Investors Patronage (PIAROM) with the support of the Labor Inspectorate.

Business Review had first reported this spring that more than 44 percent of Romanian employees receive the national minimum wage, compared with 37 percent in 2017.

Another worrying concern is the drop of the share of specialists, in higher education staff, while increasing the share of unskilled workers.

He pointed out that this is because the technical and vocational education system is not adapted to the requirements of the labor market.

Manufacturing is the sector with most employees in Romania, namely 1.23 million, followed by commerce with 889,415 workers, and by the transport, logistics and storage sector with 381,000 and construction sector with 366,500 employees.