Romelectro has a new general director 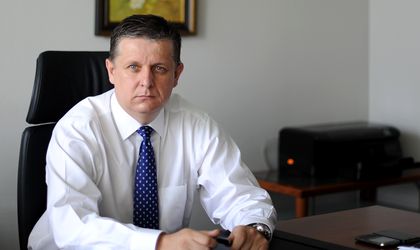 Cosmin Turcu has been appointed general director of Romelectro. Aged 43, he has a professional background of over 16 years in the energy sector. For 10 years Turcu worked for the Rompetrol Group.

The most important position he held there was general director of Rompetrol Rafinare between 2007 and 2010. He graduated from the Engineering Faculty of the Babes Bolyai University in Cluj-Napoca.

He is replacing Viorel Gafita who had held the position for the past 18 years and who will now be responsible for Romelectro Group’s regional development in the capacity of president of the board of administration.

Romelectro is a Romanian EPC contractor, covering the entire energy chain – from energy generation to transmission, distribution and supply. In 2005, Romelectro became the majority shareholder in ISPE, CELPI and Electromontaj Carpati Sibiu, setting up the Romelectro Group. The group has 1,200 emplyees and combined turnover of EUR 100 million.