Real estate market after the first quarter: How the transactions evolved and what effects the pandemic could have 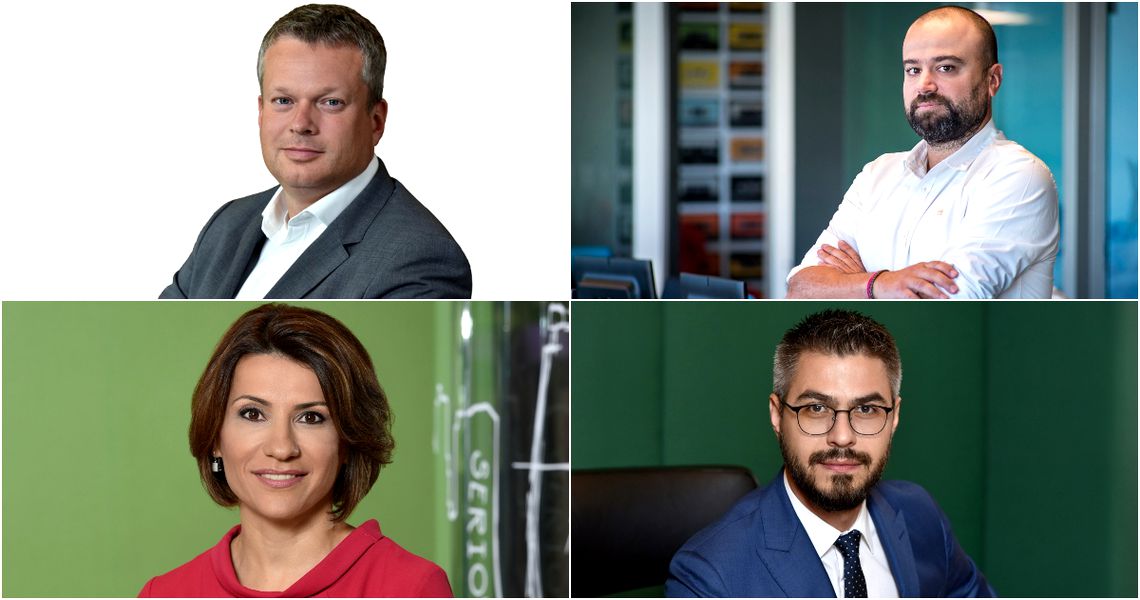 Appetite for the acquisition of office buildings and industrial parks, less rented offices and shopping centers with postponed openings, this is how this quarter could be described regarding the real estate market in Romania, according to the quarterly report of CBRE, leader of the real estate consulting market.

The total real estate investment volume registered in Romania in the first three months of 2020 amounted to 120.9 million euros, of which 85% were office and industrial property acquisitions, according to CBRE Research data. The largest transaction on the office market was Globalworth’s acquisition of 50% of the shares of the Renault Bucharest Connected project in western Bucharest, while in the industrial sector the record transaction of the quarter was the acquisition of Equest Logistic Park by CTP for the amount of 30 million euros.

“The Romanian investors continued to be active throughout this year, with an average acquisition value of 7.5 million euros and a market share of 19% of the total transactions. Furthermore, although several ongoing transactions may be delayed, we estimate that the office sector will remain the most active, however, pleasant surprises could also emerge from the industrial property market, where we notice a high appetite”, stated Gijs Klomp, Head of Investment Properties, CBRE România.

Yields remained steady in the office and industrial space sector, at 7% and 7.75% respectively, and even if at the beginning of the year a compression of investment returns was estimated, the situation imposed by COVID-19 pandemic interrupted this trend.

Offices: Flexible spaces could be a breath of fresh air for transitioning companies

In the Bucharest office space market, a total area of approximately 55,000 sq m was traded during the first quarter of 2020, 50% less than the similar period last year, according to the quarterly report  of CBRE Research. Of this area, take-up (total transactions excluding renewal/renegotiations) represented 41,500 sq m, while renegotiations and renewals deals totalled an area of over 13,100 sq m. The western area of the Capital concluded almost half of the transactions, including the largest transaction, namely the renewal of the Electronic Arts contract for an area of 12,000 sq m.

In terms of deliveries, approximately 76,000 sq m offices were delivered in Bucharest comprising four office projects and another 122,000 sq m are to be delivered by the end of the year, with almost half of the area already being pre-leased.

Prime rents increased slightly in the first quarter, from 18.5 to 18.75 euros/sq m, while the vacancy rate remained relatively steady, around 9.9% for office spaces in Bucharest.

“The current situation could lead to an increase in the renegotiation of the lease agreements, in the context of many companies wanting to postpone decisions incurring large financial implications. At the same time, flexible spaces can benefit from increased demand both from small companies and start-ups that may limit their activity, as well as from large companies planning their next move or experiencing delays in the arrangement of contracted office spaces”, informed Tudor Ionescu, head of Advisory & Transaction, Office, CBRE România. In the first quarter of this year, three retailers entered the Romanian retail market, who chose Bucharest for the opening of their first unit and opted for the concept of a shopping center: Breitling, Armani Beauty and Mövenpick opened stores in Baneasa Shopping City shopping center, in the northern part of the capital city. Biedronka supermarket chain could also be added to the three names, disclosing its interest in the local market.

“Most store openings could be postponed in the current context, both in terms of new brands and existing retailers who were to expand their network of stores, including already signed leased contracts. At the same time, given the increased health and safety measures that are required in the short and medium term, the retailers may prefer shopping centers that prove the implementation of the preventive actions. High-street retail could have been an interesting option for this period, but the problems of these spaces are the same as before: too narrow, without open space allowing retailers to present their concept, lack of permits and lack of a strong tenant mix avenue to create a satisfactory flow of buyers”, stated Carmen Ravon, head of Advisory & Transaction, Retail Services, within CBRE România.

The closure of non-essential stores in shopping centers, as part of the measures implemented due to the state of emergency, led to a sharp drop in sales especially for retailers who did not have well-developed online sales services. On the food (supermarket and hypermarket) and electronic segments, online sales have substantially increased, at the opposite end being the sales in the fashion segment, which once again proves the strong connection with physical stores, without which not even online sales work.

As for the shopping centers stock, it has maintained its value since the end of last year, respectively 3.74 million sq m, with no project or renewal being delivered in the first three months of 2020. For the rest of the year, a total area of 180,000 sq m is under construction in Bucharest, Brașov, Miercurea Ciuc, Satu Mare, Târgoviște and Târgu Mureș. The opening of several retail projects has been postponed for the end of the year, as a result of the COVID-19 pandemic, but the activity on the construction sites continues.

The rents of the retail spaces remained steady in the first quarter of 2020, fluctuating around 80 euros/sq m for the areas of about 100 sq m of the high-performing shopping centers.

“Commercial negotiations will take place throughout the retail market in the forthcoming period and we will be witnessing brand exits from retail markets, both locally and internationally. Moreover, many retail businesses will reinvent themselves, malls will change the way they have worked so far, just the same as we will all be forced to act and work differently from now on”, concluded Carmen Ravon.

Industrial: The development of online commerce boosts the market

On the industrial property market, in the first quarter of 2020, a net area (value excluding renegotiations and lease renewals) of 172,400 sq m, accounting for 91% of the total leasing activity was traded, according to CBRE Research data. The largest transaction in the first quarter was the pre-lease of an area of about 70,000 sq m by Ikea in the CTPark Bucharest West project. Bucharest attracted 81% of the total leasing activity, while the west and northwest of the country, along with the east and northeast parts, attracted 19%.

Nationally, in the first three months, an area of 97,000 sq m was delivered, the total stock thus reaching 4.49 million square meters. Most of the newly delivered area of about 80%, is located in Bucharest and was represented by the expansion of two projects, WDP Ștefăneștii de Jos and Eli Park I, while the remaining 20% was delivered in the center of the country, respectively Brașov and Sibiu.

“The net absorption area amounted to 96,000 sq m, almost equal to the newly delivered area, which influenced the vacancy rate in a good way, while being a positive sign regarding the demand for industrial space. The ongoing situation considerably boosts e-commerce and triggers direct implications in the logistics sector. We expect that the industrial property market will be the real estate headliner this year, both regarding the dynamics of the tenants, as well as the new investments carried out by developers and investors”, informed Andrei Jerca, head of Industrial Services, CBRE România.

The vacancy rate dropped to 6.9% nationally, while rents for industrial premises remained steady at around 4 euros/sq m, according to the CBRE Research report.