Pirated software gets top IT retailers into hot water 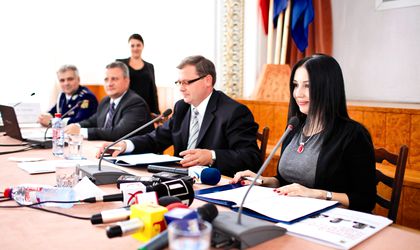 Employees of top local IT retailers have distributed or are still distributing pirated software without the knowledge of company bosses, according to a software industry group. Magda Popescu, Business Software Alliance (BSA) outside counsel, mentioned big names such as Altex, Domo and even Selgros among the offending firms.

A decision in the Selgros case is still pending. “Altex had a problem until last year but it seems that our discussions with them bore fruit because there are no problems anymore,” Popescu told Business Review.

At Domo, the issue still exists and a decision in the criminal trial is still pending, she added. “Domo is an illustrative example because it has the highest number of cases of illegal software distribution, and these are spread all over the country,” said Popescu.
However, she noted that the distribution of pirated software took place without the knowledge of the management of these companies.

“The computers should have been sold without software but employees of these retailers installed pirated software on the computers that they distributed to the client. The software was not written on the invoice, so we are also talking fiscal evasion here. The employee made extra money from this installment, but not a very high sum that could actually compare to the cost of the license,” said Popescu.

The piracy rate in Romania is 64 percent, according to the BSA, while the value of the pirated software installed on personal computers in Romania reached USD 195 million last year.
The BSA and the General Inspectorate of the Romanian Police (IGPR) have signed a protocol for the eradication of software piracy, the two partners
announced at a press conference last week.

The first result of this protocol is a campaign called Unlicensed Software is a Luxury You Cannot Afford, which has been designed to inform companies and individuals of the risks of using pirated software.

The costs of the campaign are being borne by the members of the BSA, Popescu told Business Review. Some 13,000 firms will receive letters informing them of the technical, legal and image implications of software  piracy.

“The 13,000 companies were selected based on their domain of activity, number of computers and employees. Letters will be sent to those companies which are most exposed to the risk of neglecting to administer their software resources. They are companies with more than 25 computers or exposed because of the domain in which they operate such as software development, computer-assisted design or web design that uses specialized programs often acquired without a license,” said Popescu.