Opinion | Leonardo Badea, Deputy Governor of BNR: The implications of COVID-19 for the Romanian financial system 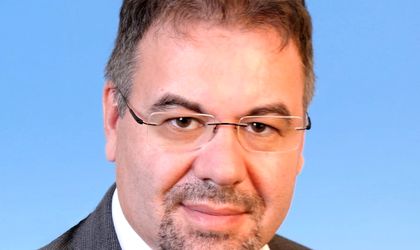 The pandemic has affected the whole world and has already produced important changes in the economy. Almost all the systems and mechanisms by which economic activities were carried out so far are subjected to an extremely harsh test. The year 2021 promises to be just as difficult, at least during the first half, and the financial system might show some effects of deterioration of the quality of the loan portfolio. For the economy, the negative pressure will last probably for at least another 1-2 quarters, until through the efforts of the medical world and of the health system it will be possible to implement on a sufficiently large scale the measures to reduce the risk of disease.

Undoubtedly the positive developments during the last month regarding the proven efficacy in clinical trials of several vaccines give us hope to finally get out of this crisis, to a new normalcy. However, it will take time for the economy to find its new equilibrium from which to start a new growth cycle.

The COVID-19 pandemic had a number of immediate effects on the Romanian financial sector that were and continue to be adequately managed: 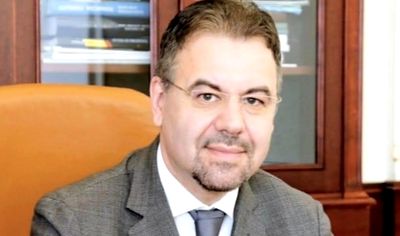 –        Operationally, the closure activities and the limitation of traffic (people and goods) have significantly affected the financial sector, like in many sectors of the economy, but not with the high intensity felt by the hospitality industry or airlines, and the necessary solutions for continuity were found and implemented (with great efforts).

–        The rapid intervention of the authorities (government, central bank, etc.) led to the avoidance of the liquidity crisis that could have been generated by these blockages both in the economy and in the financial system.

From the perspective of the measures implemented by the National Bank of Romania (NBR) in the context of the COVID-19 crisis, the first ones chronologically were focused on payment and settlement systems. Given the rapid spreading of the negative effects of the pandemic, the NBR reacted promptly to provide credit institutions with the liquidity needed to accommodate both standard operations and the demand of bank customers for cash withdrawals. NBR provided banks uninterrupted liquidity for all transactions, including cash for ATMs. In the same context, NBR and the European Central Bank (ECB) signed an agreement that enables NBR, if necessary, to provide liquidity in euro for the local banks, through a repo line with the ECB.

These measures on settlement and payment systems have been accompanied in the monetary policy plan by actions aimed at strengthening liquidity in the banking system and ensuring the proper functioning of the money market.

The liquidity shock generated by the start of the COVID-19 pandemic in March 2020 was well managed by the banking sector. After a strong reaction in March, when the credit institutions needed to withdrawal important amounts of cash from the NBR to meet demand by population and businesses, during the following period the sources of bank financing from the non-governmental sector have increased, which shows that the balance was quickly restored.

From a financial point of view, the impact of the pandemic crisis on the financial system has so far not been as visible as it has been felt in the economy, although some signs have been seen in the second and third quarters. Government measures to protect debtors affected by the pandemic and the easing of micro- and macro-prudential regulations have delayed this impact. Given that the share of loans held by the borrowers who have resorted to rate deferral facilities (based on the legislative moratorium and / or private moratoriums adopted by credit institutions) is at a level that cannot be neglected, the effect on the banking sector might become more visible after the expiration of the effects of the moratorium if the financial position of these borrowers will not allow them to resume payment of instalments.

It is difficult to imagine that in an economic crisis of such proportions and which generates long-term structural changes, the financial system will not share some of the losses. Therefore, it is likely that we will see this at some point over the next year. Hence, creditors should initiate in advance the process of assessing the ability of borrowers to repay their loans after the expiry of moratoriums in order to identify problems and think of constructive and equitable solutions.

The COVID-19 pandemic began at a time when the Romanian banking sector had a good risk resilience arising from the important capital consolidation in recent years, improved asset quality and a more liquid balance sheet structure. The increase in own funds available for loss absorption, the settlement of a significant part of the balance of non-performing loans and the consistent presence in the balance sheet of highly liquid assets (mainly government securities and exposures to the central bank) are other elements that contributed to strengthening the position of credit institutions.

As of September 2020, the main health indicators of the Romanian banking sector were generally at better values ​​than those recorded in EU Member States. A significant proportion of the profit recorded in 2019 was retained and contributed to the improvement of solvency. As of September 2020, six months after the shock induced by COVID-19, the financial strength indicators of the banking sector are adequate:

Among the factors that could mitigate the adverse effects of the crisis on the banking sector in Romania is the fact that before the onset of the pandemic companies with bank loans (at aggregated level) were in better financial health than the average recorded for the whole non-financial corporations sector. Even the companies that resorted to the suspension of rates payment had previously (at the end of 2019), on average, financial health indicators that placed them outside the risk area. Moreover, the resilience of the population sector has improved considerably compared to the situation before the global financial crisis. During the 12 months period before the outbreak of the pandemic, its net worth increased (by 11%) on both important components: in terms of real estate assets and in holdings of financial assets, the latter giving a higher degree of liquidity available for unforeseen situations.

The profitability of the banking sector for the first nine months remained below the level recorded in the similar period of the previous year, a decrease that can be considered normal given the circumstances and which does not cause problems on financial stability.

During this period, the Romanian banking system faces a threefold challenge:

(1)   To support the flow of credit under the new macroeconomic conditions characterized by vulnerabilities and uncertainties ;

(2)   To manage the growing financial risks and to maintain its robustness ;

(3)   To adapt its activity to the new constraints generated by the need of a secure environment for employees and customers, but also in the context of the desire to improve operational efficiency and increase the degree of digitization.

From this perspective, the pandemic crisis is more than just a test of the robustness of the system, for which, as we have seen, banks are well prepared. It is also a challenge to fulfil as well as possible its vital role in the economy.

The crisis we are going through has already shown, more than the previous crises, the need to improve the structure of the economy by increasing the activities to protect the environment, implement and support technological innovations (especially in the digital field), increase inclusion and reduce inequalities. I believe that none of these objectives can be optimally achieved without the involvement of banks in providing at least a substantial part of the necessary funding.

Leonardo BADEA, PhD: Triggering a virtuous circle by reducing the inequalities of the...