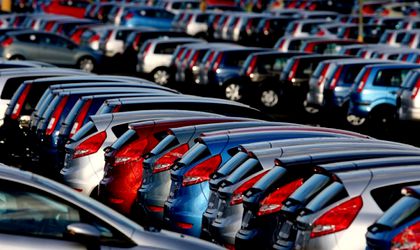 According to the Association of Producers and Importers of Motor Vehicles (APIA), the sales of new motor vehicles in Romania has had a 22 percent rise in January, reaching 9,056 units. Of these, 7,164 were cars (up 20.5 percent from January 2017), and the other 1,892 were commercial vehicles (27 percent rise).

According to data from APIA, the purchases are mostly made by legal entities, covering 76 percent of the total number of acquisitions in January. The number of vehicles acquired by individuals (1,728) is 36 percent higher than in January 2017, and their share increased from 21 percent last year to 28 percent.

Data about used cars shows that 39,262 units were registered in January (409 percent more than in 2017), the highest volume in the last few years for the first month of the year.

The brand ranking for both cars and commercial vehicles is led by Dacia, with 1,892 units, followed by Volkswagen (888 units) and Ford (886 units).

Looking at the type of fuel used, the first month of 2018 shows a slight preference for gasoline with 50.9 percent of the total, significantly higher than it was in 2017 (44 percent).

APIA statistics for electric and hybrid vehicles show that their share continues to grow, with 2.7 percent of the total sales in January.

In terms of the vehicles’ origins, statistics shows that 22.4 percent are made in Germany, 13.6 percent in Romania, 6.1 percent in the Czech Republic, 5.7 percent in Turkey and 3.9 percent in Spain. In this context, the sales of domestically produced cars have grown by 19.3 percent compared to January 2017, while the sale of imported cars has had a 20.9 percent increase.