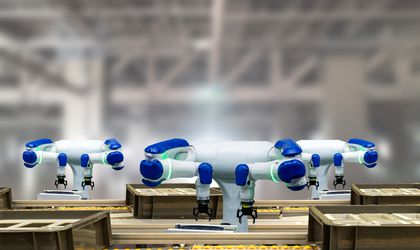 The COVID-19 pandemic will accelerate new trends in Romanian business environment, including robotics. Whether we are talking about robotic process automation (RPA) or the automation of certain production processes, the post-COVID-19 reality in Romania will be based on new business models.

As an example, the pandemic has generated a lot of demand for UiPath’s software robots to assist hospitals with processing medical tests. Health care is predicted to have a 36 percent automation potential. This means more than a third of health care tasks—especially managerial and back-office functions—could be automated, allowing providers to offer more direct, value-based patient care at lower costs and higher efficiency rates. 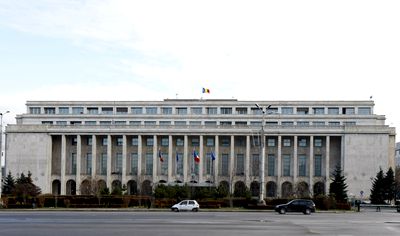 Also in the area of robotics, but this time the physical kind, we have the example of autonomous disinfection robots using ultraviolet light to disinfect large and crowded spaces. Normally, hospitals are very difficult to disinfect with traditional methods, so Romanian entrepreneurs have offered robots to hospitals in Bucharest. The technology used by the robot is effective in fighting bacteria, viruses, and other pathogens. The autonomous UVD disinfection robot, created by Bucharest Promo Robots, the first startup in Romania addressed to the humanoid service robots market, destroys up to 99.99 percent of resistant bacteria.

“We are having discussions with the Romanian authorities. Together with the Support Association, we contacted representatives in the Internal Affairs Ministry’s Emergency Situations Department and offered to make the robot available in some of the Bucharest hospitals that were treating coronavirus cases,” said Ana-Maria Stancu, the CEO of Bucharest Promo Robots.

The COVID-19 crisis has also created the context for an increase in automation across Romania. The main arguments for automation start from the need for companies to protect their employees, so that they are less vulnerable, and are based on Europe’s intent to consolidate sustainably through local production facilities. What are the areas expected to see growth in the coming years? “First of all, robotics, especially in industries still lagging behind in terms of the adoption of robots, like the food, pharmaceutical, lighting industries,” said Costin Borc, Director for Central Europe at SNEF. For example, according to IMSAT Groupe SNEF, the development potential of projects with industrial robots is very high in Romania, which currently has 15 industrial robots per 10,000 workers, below the levels seen in Poland or Hungary. The global average is 74 industrial robots per 10,000 employees, according to the International Federation for Robotics. Therefore, in order to become more competitive at the European level, Romanian industrial producers need new investments and projects in automation and robotics.

Logiscool brings Tailent software robots to the team and prepares to integrate RPA...