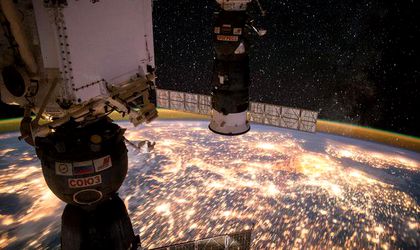 The Space Apps international hackathon organized by NASA will take place in Romania for the third time in a row. The challenge, organized by the local partner Digital Transformers – Innovation Studio, will take place between October 19 – 21, 2018, simultaneously in Bucharest, Cluj-Napoca, Iasi and Timisoara. The event’s objective is to pair NASA’s data with problem solvers across the globe, in a collaborative manner.

This years’ theme is “Earth and Space!”. Any coder, scientist, designer, storyteller, maker, builder, or technologist can come to the event to address the challenges. Both students and professionals, beginners and veterans with problem-solving skills and creative ideas are invited to join in.

The 6 subthemes of the two days hackathon taking place simultaneously in cities around the world are: “Can You Build a…”, “Help Others Discover the Earth”, “Volcanoes, Icebergs and Asteroids (Oh, My)”, “What the World Needs Now Is…”, “An Icy Glare” and “A Universe of Beauty and Wonder”. Participants’ registration will be announced on http://2018.spaceappschallenge.org/  and social media in mid-September.

“Space is the final frontier. We have a lot to discover out there, but on Earth, too, there are a lot of exciting things to highlight. The big thing about the Space Apps hackathon is the fact that participants are able to access data sets (big data) released by NASA headquarter. It is a once-in-a-year opportunity to address Earth and space challenges in collaboration with an organization involved in space exploration and our planet’s observation,” stated Moe Zidan, Associated Partner Digital Transformers.

Special awards will be offered for several categories. In 2017, winners were designated for: “Best Use of Data”, “Best Use of Hardware”, “Best Mission Concept”, “Galactic Impact”, “Most Inspirational”, “People’s Choice”.

Participation is limited to 100 confirmed individuals. The registered teams are invited to bring their own devices to work on the projects.

Over 80 teams participated in the previous two editions in Romania.

SpaceApps is a NASA incubator innovation program organized yearly since 2012 in worldwide hubs.  The largest edition was organized in 2017, with 187 events and more than 25,000 people participating across six continents, who developed and submitted more than 2,000 projects during the hackathon weekend in response to challenges created by NASA.